ESPN's new gridiron game lets you crush your friends when they're not even there.

Playing football videogames
is most fun when you’re pitted against your friends. For those of you who no longer live in a frat house, though, finding an opponent whenever you get the gaming jones just isn’t practical. But now there’s ESPN NFL 2K5 ($20 for Xbox and PlayStation2; espnvideogames.com). It creates computerized versions of your friends, saddled with their identical sorry style of play, so in their absence you can practice beating up on them.

The virtual identity profile (VIP) system on 2K5 acts like an omnipotent scout, observing your friends’ instincts and learning their tendencies. It remembers what plays they call and in what situations, and monitors how they play after the ball is snapped. Do their running backs rely on the juke or a stiff arm? And how’s their timing: early
or late? The VIP algorithm records this information by means of an invisible grid below the ballhandler. When an opposing player closes in, the algorithm uses the grid to measure the distance and direction between the two players. It catalogues this information, and when it mimics your friend, it taps into the database to learn that, for instance, he stiff-arms on average one tenth of a second late, but only when the tackler is coming from the left. It’s almost like playing against your pals, minus the odor coming from the next seat over. 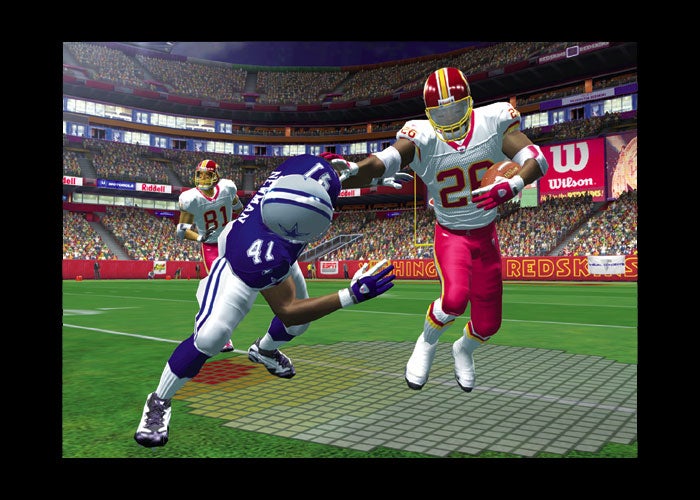 NFL 2K5 learns how players react and mimics their style. 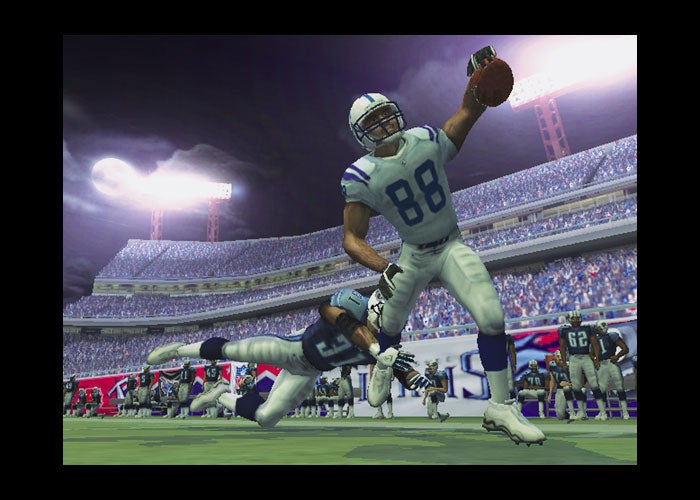