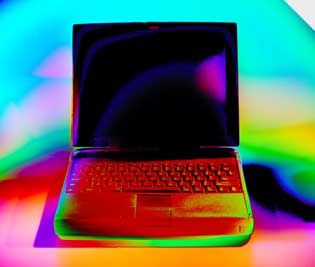 Millions of science enthusiasts currently loan their unused PC power via the Web to researchers who need it in the hunt for medical cures and scientific eurekas. Millions more will likely follow suit later this summer when Berkeley scientist David Anderson debuts an easier and cheaper way to write distributed computing software. (Volunteers simply download a screensaver and the software does the rest.) Anderson, creator of the world’s first and most popular distributed computing program, SETI@home, inspired 4 million folks to help his team analyze radio signals for signs of extraterrestrial intelligence. About a dozen other research projects now rely on distributed computing programs for supercomputing power, but until now, the software has been expensive and time-consuming to create. Anderson’s free open-source software should change that. “The more projects that start using distributed computing the more people will be interested in lending their computers for research,” says Anderson. In the meantime, here are four ways to put your idle PC to good use.

The payoff so far: GIMPS has discovered five Mersenne primes in six years, including one with more than 4 million digits. A PC would need 25,000 years to do that!

The payoff so far: Idle computers have analyzed more than 5 billion possible ET signals. So far, 166 have warranted a closer look, though none have panned out.

The payoff so far: Since February the grid has screened 35 million potential drug candidates, a chore that would take a single CPU 7,000 years to complete.

PC’s in use: Launching 2003: Hopes to lure one million users

The payoff so far: The project recruited 15,000 users in the two-week testing phase. Download the real thing this summer.