These hot mods can be downloaded for free, but first you must load the original game. 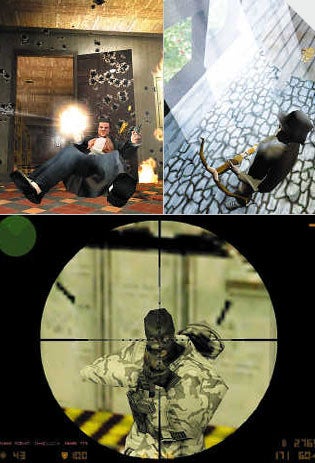 Harold Stibbins
This oddly named mod points to the next generation of hacking. Created for 2001’s hit PC game, Max Payne, it’s a sophisticated and literary spin on the work of real-life fantasy author Terry Pratchett.

Counter-Strike
This Half-Life mod-which pits terrorists against counterterrorists-is one of the most downloaded games on the Net. Since September 11, players have been injecting timely touches, including a character image, or “skin,” of Osama bin Laden.

The Guinea Pig
An official mod that taught players to mind their virtual messes. Click on Get Cool Stuff, go to Objects, then Guinea Pig.

Star Wars Doom
An example of “total conversion”: The game occurs in a conjured version of the film.

Capture the flag
This comprehensive hub features mods based on the old schoolyard contest, made for the series of Quake games.