Here Today: The PDA of Tomorrow

Is this where the PDA is heading? 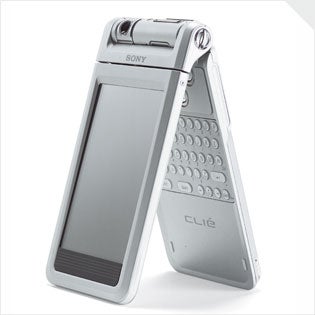 A few months ago, we showed you the multifunctional Origami Communicator and wondered: Is this where the PDA is heading? Now Sony has answered with a resounding Yep. Like the Origami, the 7-ounce Sony Clie PEG-NR70V has an articulating display, built-in keyboard, touchscreen, MP3 player, and camera. It does, however, lack the Origami’s built-in communications. But if you don’t need to get e-mail or surf the Web, you’ll be entranced by the Cli’s slim form (5.5 by 2.88 by 0.69 inches) and vibrant 320- by 480-pixel color display. While typing, the Cli feels top-heavy, but not unmanageably so. And the swivel-lens camera is a little shaky if you hold it when shooting. Set it on a tabletop, though, and it delivers crisp images. Price: $599.