Ardica’s Moshi Powersystem Moves From the Battlefield to Your Ski Jacket, Charging Your iPod 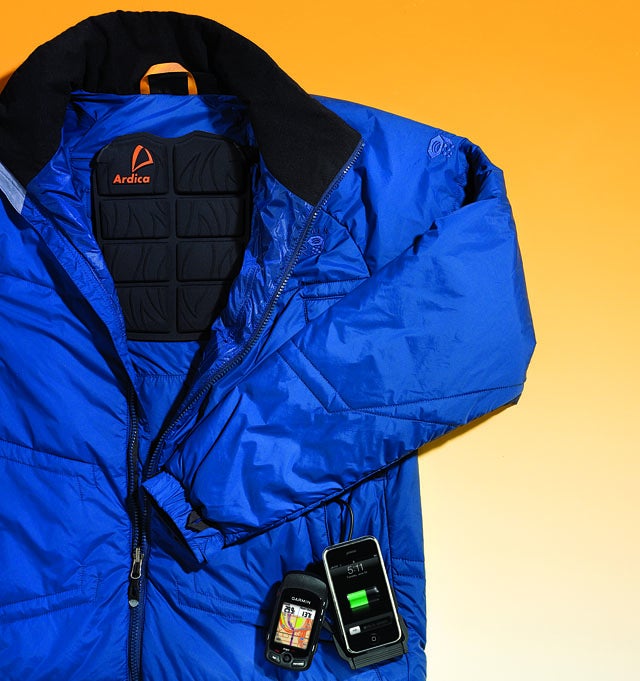 Soldiers sometimes lug more than 30 pounds of batteries to run GPS units and other critical gear, so San Francisco company Ardica set out to give them a lighter power pack. Now a civilian version lets the rest of us charge our phones—and stay warm. Ardica’s Moshi Power System is the first to charge your heated winter clothes, like this jacket from Mountain Hardwear, and your gadgets.

Ardica’s military pack, now in testing, tucks hydrogen fuel cells and lithium-ion batteries into a flexible case. The Moshi uses only batteries, since fuel cells aren’t widely available. But the layout is similar: Seven 2.75-inch batteries are linked inside a foam sleeve, so the 11.3-ounce package can flex at the joints. It slips into the jacket’s back and holds enough power to simultaneously drive heat-creating conductive yarn and send current to a USB cord in a pocket. You get about nine hours of heat or 11 iPhone charges before you have to plug it in.

Sturdy plastic connectors hook the Moshi to a jacket’s wiring. Detach them, and it becomes a portable charger that you can transfer to several compatible coats or take on its own on your next mission. 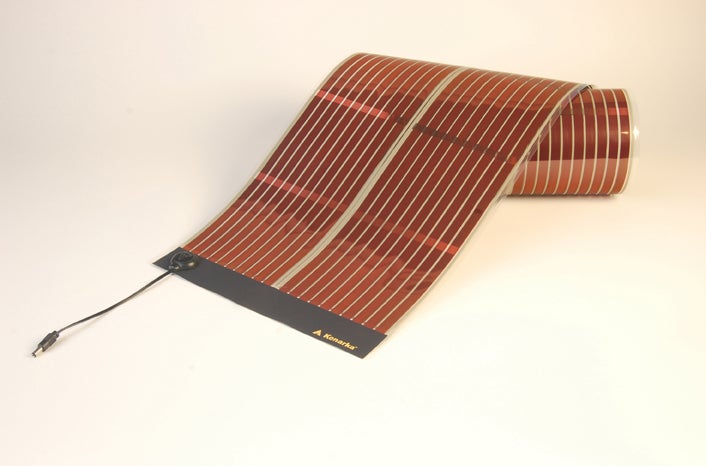 Another way to juice gadgets on the go: a solar charger that folds for easy transport. A new 35-by-14-inch model rolls up to just two inches thick yet provides as much power as units twice as chunky. The slimming secret is Konarka’s Power Plastic, a flexible solar panel made by printing a photoreactive polymer “ink” onto 0.01-inch-thick sheets of polyester. It doesn’t convert sun to watts as efficiently as thick silicon-based panels do, but it’s more versatile. It absorbs light from many angles, not just head-on, so it works in cloudy weather and as the sun moves. The charger fuels a phone in four to six hours and hits stores this winter.
— Carina Storrs