A Foldable Electric Bicycle for Your Urban Commuting Needs 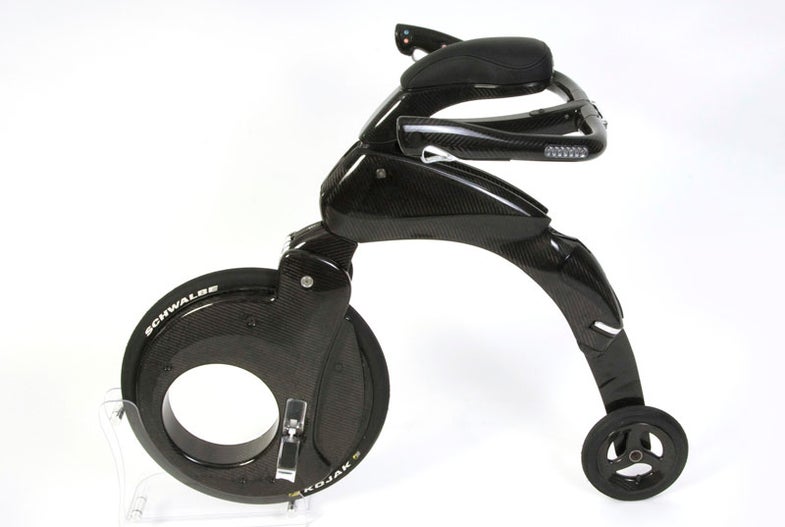 If a Segway and a foldable scooter got together, they might hope to conceive something like the YikeBike mini-farthing. The foldable electric bike resembles a sleek, futuristic upgrade of the old high-riding bicycles, and it can fold up for easy storage under a desk or in a cupboard.

The YikeBike can accelerate to its top speed of just over 12 mph within a few seconds on its 1.2-kW electric motor, and the entire contraption weighs less than 22 pounds. A black carbon frame encloses all the mechanical moving parts inside to minimize maintenance, and also has features such as anti-skid brakes, brake lights, and indicators. 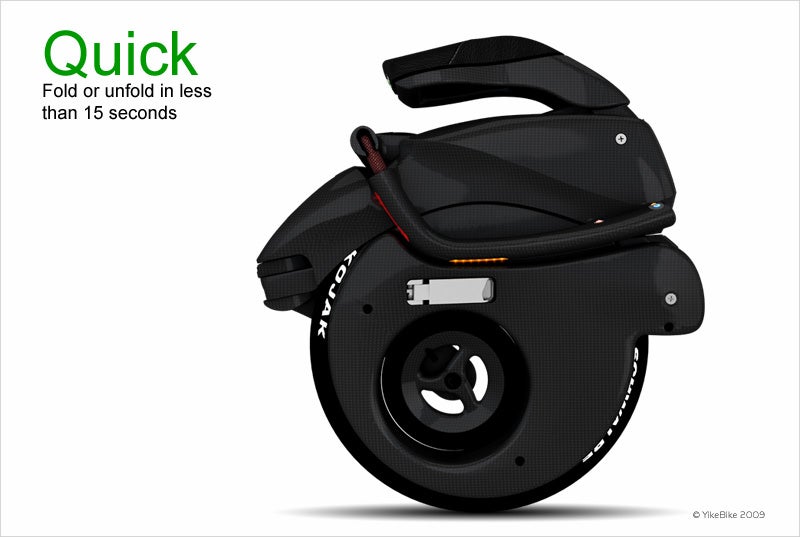 Pack up and go within 15 seconds

Riding in a high position with backward-facing handles might seem potentially awkward. But riders probably won’t complain about the lack of a chain, gears, pedals, brake pads, cables, and levers.

“After years of discussion and experimenting we have developed a new wheel rider position that is as stable as the current 120-year-old bicycle configuration,” said Grant Ryan, the inventor of the YikeBike.

PopSci has looked at other electric bikes and Segway-style concepts in the past, but few as snazzy or portable as this. With the YikeBike, urban commuters looking to minimize their carbon footprint can just fold up and go within 15 seconds — but prepare to hand over $4,900 first.