This is the week of the Internationale Funkausstellung (er, International Consumer Electronics Show) in Berlin, which is pretty much just...

The last time we drooled over a small TV was when Sony thew a coming-out party for its 11-inch OLED last year. This year, it's LG's turn. Look for this super-thin, super-bright, ultra-sharp 15-inch OLED HDTV in November with a really big price tag.
SHARE

This is the week of the Internationale Funkausstellung (er, International Consumer Electronics Show) in Berlin, which is pretty much just what it sounds like. It’s one whopping, European CES. The trouble with IFA for us on the State-side, though, is that a lot of companies forget one key thing: the magical Internet can cross water. Because of that, a lot of “new product announcements” are “things we have already seen,” so it takes a little more effort (and flexing what’s left of my undergrad German skillz) to figure out what’s worth paying attention to.

Over the last two days, the IFA press preview has kicked up some real goodies — even before the show floor opens to the public today. IFA ’09 has already shown us a real taste of how our home theaters will look in the next half-decade, laptops on serious diets, and a couple cool new toys.

Check out our picks here for the top 10 things to look forward to from this week’s unveilings.

The final flourish of Sony’s press conference Wednesday was this 11-inch notebook. Its carbon-fiber casing is about a half an inch thick at its widest point and has two USB ports and an SD card slot. The demo model kicking around IFA was running an Atom processor, which files it more as a netbook than notebook. But…it’s estimated $2,000 price tag make it more notebooky in the marketplace.

I know, this Avatar statue is real-life 3D, but let’s face it actual 3D movies don’t really photograph well. This year, Panasonic and Sony are both making some big, 3D promises. Sony was up first with a promise of 3D Bravia TVs, PlayStation games, and Blu-ray in 2010. Not to be outdone, of course, Panasonic later announced and demoed their own 3D home theater setup of 1080p plasma TVs and Blu-ray players (and accompanying heavy metal movie props).

The last time we drooled over a small TV was when Sony thew a coming-out party for its 11-inch OLED last year. This year, it’s LG’s turn. Look for this super-thin, super-bright, ultra-sharp 15-inch OLED HDTV in November with a really big price tag. 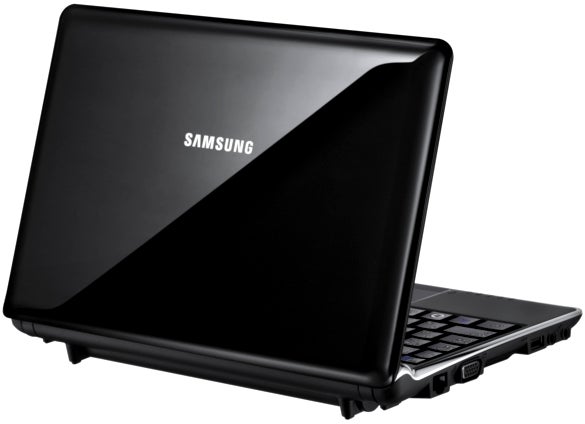 A netbook is supposed to be your portable PC companion, but that’s not dice if it dies, now is it? Samsung’s new 10-inch N140 replaces the NC10 and its pitiful 5 hours of battery life. The N140 carries 11 hours of juice. 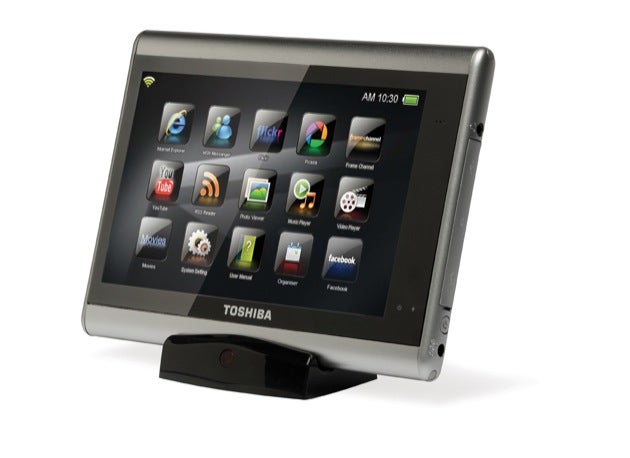 With all the hoopla about the Apple tablet that, well, isn’t, everyone forgot that other people can do the same thing. Take Toshiba, for example; on Thursday the company intro’ed the JournE Touch media tablet, which you can think of as a couch-side, 7-inch computer for quick Web browsing and media streaming.

Panasonic is living the Micro Four Thirds dream — finally. Their new Lumix DMC-GF1 camera and lenses deliver on all the promises of the standard: it’s a small body and a great SLR-like lens. The 45mm fixed Leica lens (right), is the first to adhere to the standard, and we can’t wait to see the images it delivers.

Looks like a Wii remote, right? If you’ve picked up on that, you’ve pretty much got the idea of LG’s gesture-sensing remote control, which makes menu navigation a breeze. Wireless HD hasn’t been able to catch a break this year, but that could change with Phillips’ new system this November. The $850 wireless HDMI hookup transmits full 1080p up to 65 feet from its base station to the receiver connected to your set.

Don’t leave your car out of your home network. Connecting Denison’s Wi Drive to your car stereo links it directly with your entire home music library. When the car is parked close to home, the Wi Drive wirelessly reconciles what’s on the car’s onboard hard drive with what’s on the home computer. 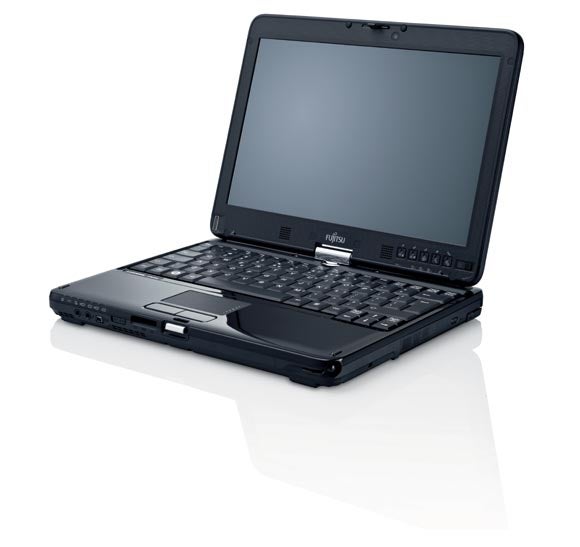 Powered by Wacom capacitive touch digitizers, Fujitsu’s new tablets are sensitive to both standard pen inputs and (for the moment) support two finger touches at once with more likely as software updates roll out. Reports from the show floor are positive, saying the Wacom’s touch tech might have a slight edge over the competing N-Trig screen systems.
Corinne Iozzio