How it Works: A TV Speaker That’s Almost Paper-Thin

Loud and realistic sound without the separate stereo system 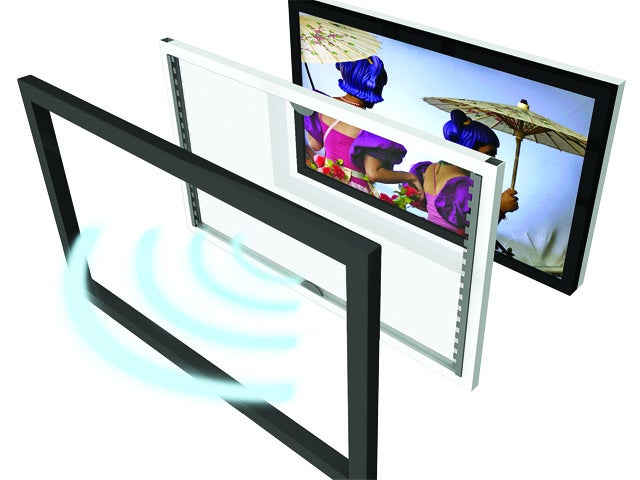 You don’t need big speakers to get big sound from your television. Emo Labs’s Edge Motion pumps tones out of a vibrating plastic sheet, just two hundredths of an inch thick, that sits over a TV screen. Its wide surface produces louder and more realistic sound than the small speakers in most TVs, but it takes up a lot less room than a separate stereo system.

The plastic sheet projects Conan’s voice, American Idol’s music or any other sound by flexing in and out in different patterns — fast, slow, shallow, deep—to release waves of various frequencies and volumes. The movement is so minute and quick that it’s imperceptible to the eye. It’s precisely controlled by tiny, quiet motors made of a ceramic material that automatically expands when jolted with an electrical audio signal. The system reproduces all tones except the deep bass notes usually handled by a subwoofer, since that would require large, visible pulses.

Expect Edge Motion to be built into some TVs next year, adding 10 to 15 percent to the cost. Laptop screens will start singing soon after.