Microsoft Pops Pressure-Sensitive Keyboard Prototype Out of the Labs

Microsoft will debut a new keyboard prototype in October that adds a new layer of functionality: pressure sensitivity. By including... 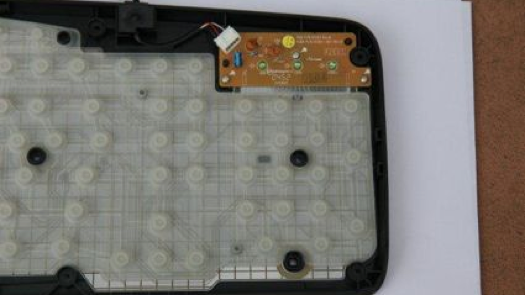 Microsoft will debut a new keyboard prototype in October that adds a new layer of functionality: pressure sensitivity. By including sensors underneath the entire keyboard, each key is capable of detecting pressure, which it captures at 8-bit resolution. By striking a key with varying degrees of force, you can carry out higher-level actions like deleting entire words instead of letters, or having a video game character run and jump at different speeds and heights.

The breadth of the keyboard’s potential will be partially uncovered at the User Interface Software and Technology Conference in Vancouver. Student programmers will be tasked with developing the best keyboard-supported software they can dream up.

Like the video shows, the keyboard’s functions are dependent on how software is programmed for it; something as minute as font size could be controlled by a keystroke. At an extreme, the keyboard can be a rudimentary multitouch input device.

Sadly, the keyboard is only intended as a prototype for the time being, but with enough positive feedback, things like that can always change.