Tech Trend: Laptops as Light as the Macbook Air–For Half the Price

The Trend Ultrathin, affordable laptops: Think of these machines as the love children of netbooks, which are small and inexpensive... 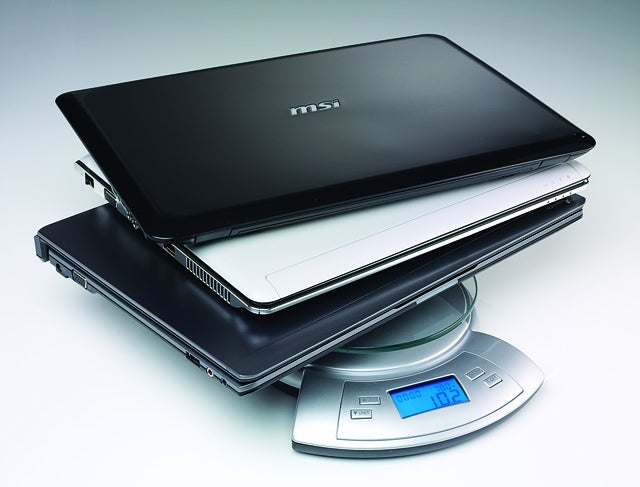 The Trend
Ultrathin, affordable laptops: Think of these machines as the love children of netbooks, which are small and inexpensive yet slow, and full-power six-pound machines, which can run more-complex programs.

How You’ll Benefit
Have your pick of svelte laptops. In addition to the first wave, shown here, you’ll see them from Dell, Lenovo and others.

The MSI X340 is the only 13-inch laptop lighter than the Air, and at 0.79 inch thick, it’s only three hundredths of an inch fatter. It sheds weight by using a small battery but still runs for four hours per charge, courtesy of one of the less-powerful, more energy-efficient processors. The chip draws 5.5 watts, compared to 10 for many ultrathin models and 25 to 35 for ordinary laptop chips.
MSI X340 $900; msimobile.com

HP’s dv2z demonstrates how to fit extra computing power into a thin case. A new version offers a chip that doubles the number of processors while drawing only 20 percent more watts. How? The two chips are actually exactly the same. The faster (and somewhat costlier) one just makes use of a second processor that’s disabled in the original.
HP dv2z from $600; hp.com

Most thin laptops get very hot, because tightly packed electronics don’t let heat escape easily. Acer cools the Timeline’s case with a new trick that doesn’t rely on energy-hungry fans. Instead of vents that aim fresh air right at the chip, a channel shuttles air across the inner lining of the case first, so your lap stays cool during eight hours of battery life.
Acer Aspire Timeline 3810T from $600; us.acer.com