Jesus over at Gizmodo, ever the Apple dreamer, has put together the best-looking homemade mockup to date of what the... 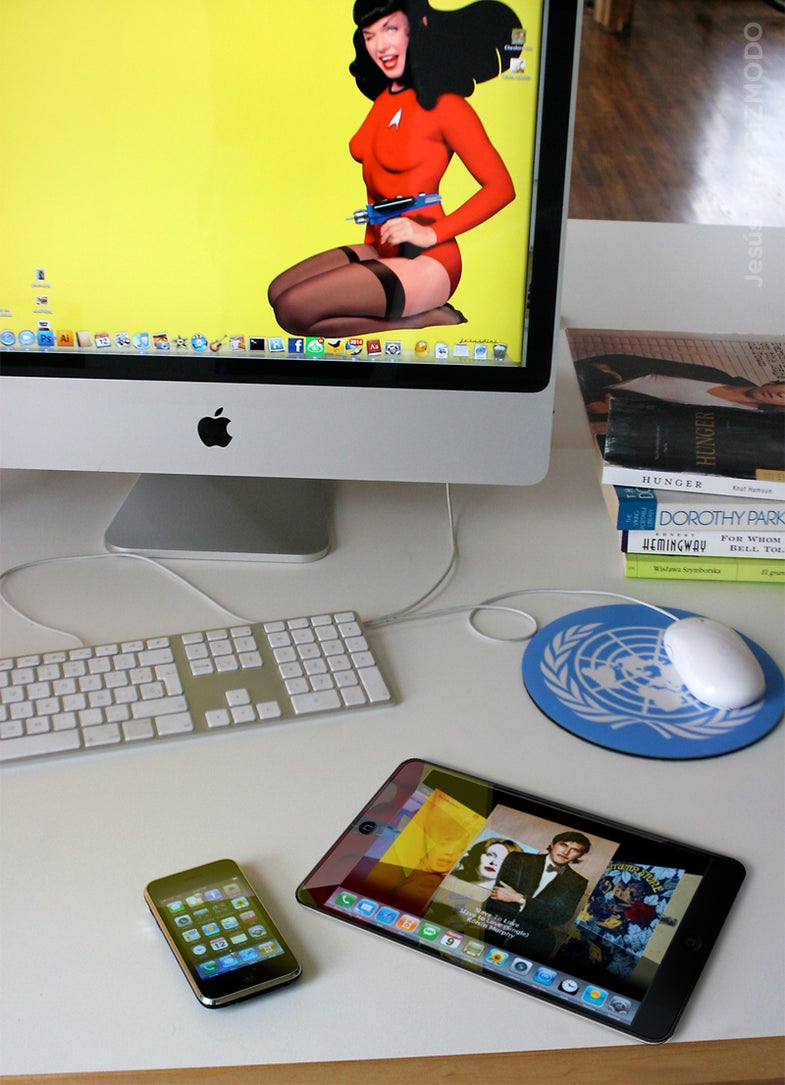 Jesus over at Gizmodo, ever the Apple dreamer, has put together the best-looking homemade mockup to date of what the mythical Apple Tablet may look like. Is it wrong to feel almost dirty looking at this fine bit of ‘shoppery?

Yes, creating mockups of Apple gadgets (or any other gadgets for that matter) is an exercise akin to creepy fan fiction–the lust here is palpable. And Jesus is the first to admit that fact (and if you doubt his Apple devotion, check out that Mighty Mouse–anyone who can suffer through using one of those is stronger-willed than I). He writes:

“There’s a lot of speculation about the Apple tablet, but coming November, this is how my desk is going to look. Or at least, this is what I want…Yes, this makes me wet.”

Nevertheless, the cyclone of rumors is now at a strength that seems to indicate something Tablet-ish is afoot in Cupertino. Beyond the expert visualization, though, Jesus’s forecast for what the tablet will actually be may be a bit less toothsome, especially if you’re of the same mind as the Grouse. In his last column, he spelled out a nightmarish (but not too unlikely, if history is any record) scenario in which the Apple tablet extends the company’s penchant for restrictive, closed systems beyond the iPhone and into mainstream computing, especially if AT&T or Verizon get involved.

_”First, people who are afraid of computers—probably not you, the typical Giz reader, but most consumers out there—will love this device as much as they love their iPhones or iPod touches. Apple will keep mining the gold, and offering consumers this extremely easy-to-use interface that doesn’t require any mental abstraction. Just click, touch and access the information, media or games you want, mixed with the occasional short mail or chat.

As always, we’ll have to wait and see what happens. But for now, sate your desires to the extent possible on some expert Photoshop work.