SeaDoo’s GTX Limited promises to do everything fast—even slow down. As the first personal watercraft with brakes, it aims to... 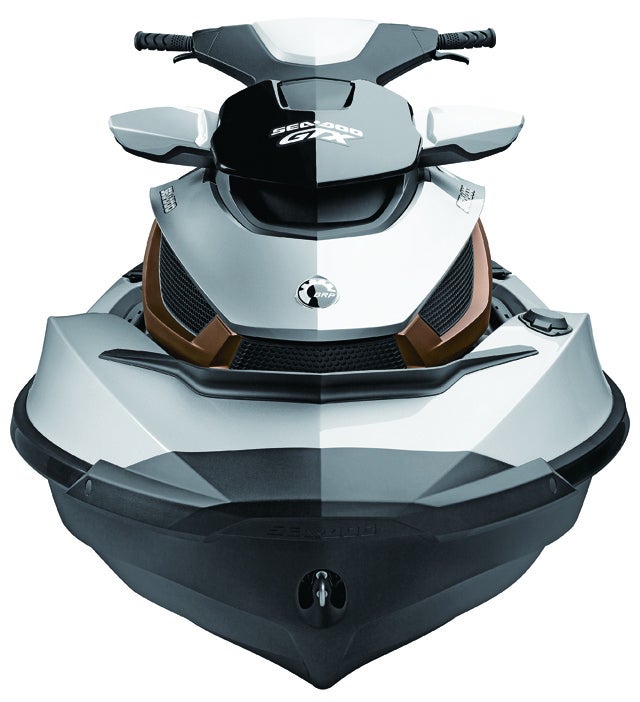 SeaDoo’s GTX Limited promises to do everything fast—even slow down. As the first personal watercraft with brakes, it aims to make riding easier and reduce accidents by stopping in half the usual distance.

I revved the SeaDoo up to more than 50 mph on the Indian River in Florida, hit the brake, and held my breath. Personal watercraft, which can usually only coast to a stop after you release the throttle, have a bad reputation: Although they make up less than 10 percent of recreational boats, they account for 24 percent of accidents. Even braking could be risky, since a sudden force can send a rider over the handlebars. But SeaDoo uses a computerized system to gently coordinate an underwater brake and a reverse gear. I came to a dead stop in about 100 feet—half the distance of the brake-less rider next to me.

A full gas-shock suspension—another first—cushioned the rest of my 255-horsepower ride. In fact, I had such a hoot that I forgot I was driving what’s arguably the world’s safest personal watercraft. 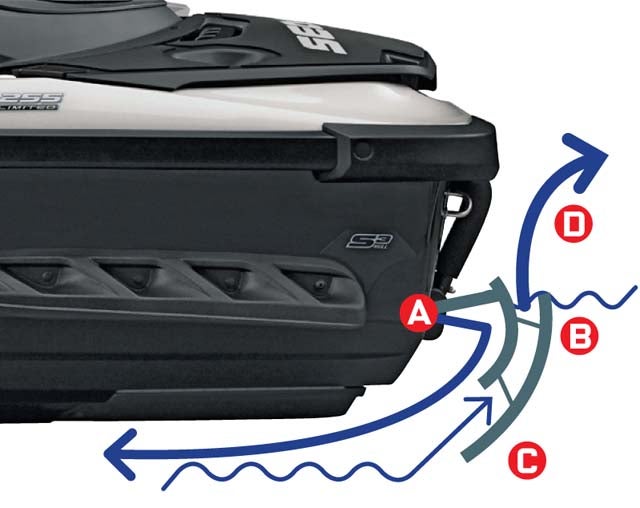 Hot To Slow the Seadoo

A jet of water [A] usually propels the GTX Limited forward. When a rider squeezes the brake, the stream briefly slows down and then restarts—in reverse. A cast-aluminum gate [B] drops to redirect it, and an onboard computer calculates how much reverse thrust is needed to safely counter the craft’s forward momentum. To create drag that further slows the craft, the gate descends up to two inches under the hull [C]. It also scoops a tall plume of water [D] into the air, signaling to others that you’re stopping.