Heartening or horrifying news, depending on your outlook — the American Heart Association has pledged $50,000 in funding for a... 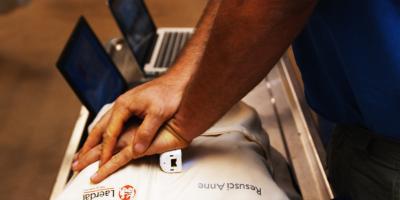 Heartening or horrifying news, depending on your outlook — the American Heart Association has pledged $50,000 in funding for a student project to develop a CPR teaching program for Nintendo’s motion-controlled Wii.

A biomedical engineering professor at the University of Alabama at Birmingham envisioned a program for home computers that could sync via wireless with the Wii remote, and train users on proper resuscitation of people who have suffered cardiac arrest. The students hope to make the program available for download this fall, free of charge, on the American Heart Association’s website.

It’s not a bad idea to incorporate such a widely-used device as the Wii into CPR training, and certainly cheaper than buying a CPR dummy for practice. But when it comes to performing the real deal, we remain partial to the CPR glove that represents a winner of Popsci’s Inventions Awards from 2007.

Kotaku also rightly suggested that the program may gain more traction as an official application download for the Nintendo Wii, rather than a piece of PC software as the plan currently entails.