One Kindle Per Child? 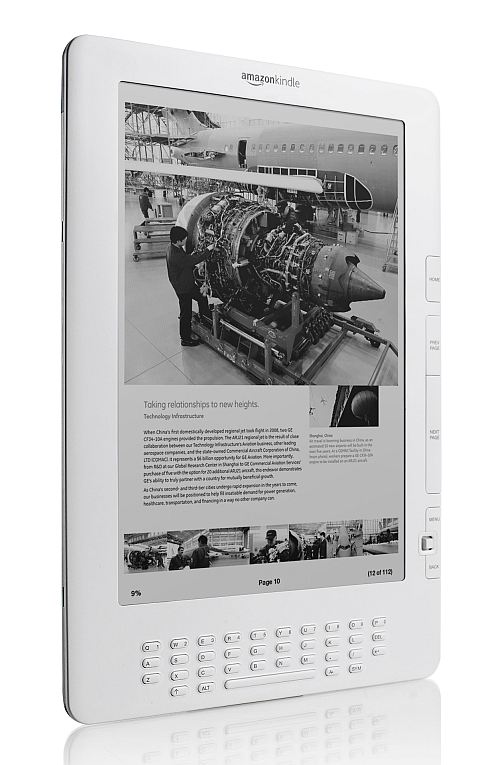 A new report by the Democratic Leadership Council probably made Jeff Bezos choke on his bagel this morning–the group of leading Democrats is proposing a Kindle for every public school student in America, with hopes of eventually saving an estimated $700 million per year on traditional textbook distribution.

Amazon’s rolled out their jumbo-sized, $489 Kindle DX with plans just like this in mind. Aside from their promises to revitalize a stagnant print media industry through electronically disseminated newspapers and magazines made pleasantly viewable on the DX’s 9.7″ screen, a big part of Amazon’s DX pitch involves its handiness as a textbook reader.

Although the group estimates an initial $9 billion investment to buy a Kindle for every kid, the plan would presumably save $700 million per annum after five years of students’ downloading their new textbooks rather than having them printed and shipped. Textbooks on the Kindle could also be kept fresher, since updates can be downloaded instantly as needed.

The savings model makes sense, but the logistics of every kid in the nation reading everything on an e-book reader will certainly come with a few catches. While “the dog ate it” will presumably remain a favorite excuse (or, perhaps, “the dog stepped on it, cracking my e-ink screen”), students can now add “the battery ran out” to the list. And then there’s the pesky issue of the black-and-white screen, which goes a long way to dampen the coolness factor of reading your homework on a gadget. Maybe a toughbook color Kindle is in the works?

Either way, reports are coming in of a number of richly adorned champagne-caviar gift baskets were seen leaving Amazon’s main distribution center, speeding with squealing tires toward DLC headquarters on Pennsylvania Ave., DC.