Fly to the Moon with Google Earth

Earthlings can celebrate 40 years since the first lunar landing by planting their virtual boots back on the moon in... 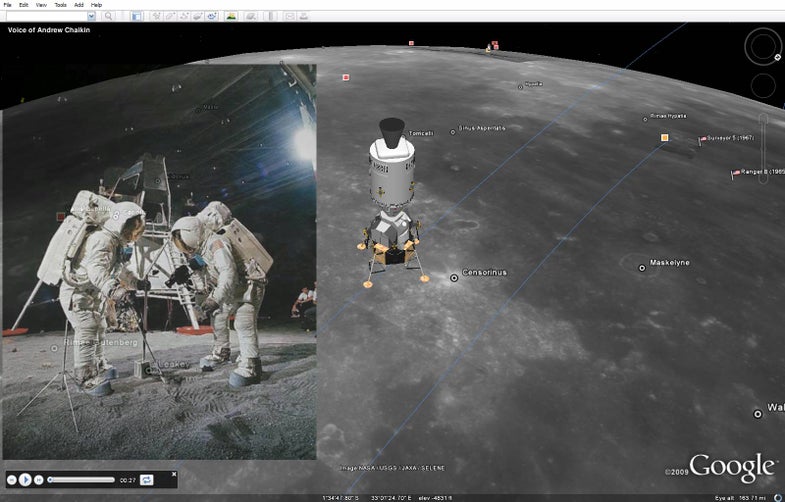 Earthlings can celebrate 40 years since the first lunar landing by planting their virtual boots back on the moon in Google Earth. Or they can just swoop over the 3-D lunar landscape, Superman-style.

Now’s as good a time as any to download Google Earth and dip into the lunar goodie bag, which includes historical moon charts used during astronaut training, 3-D exploration of the six Apollo landing sites, and a “human artifacts” layer that shows what people left behind. But if that’s all too overwhelming, you can also take guided lunar tours hosted by astronauts Buzz Aldrin and Harrison Schmitt.

Speaking of Aldrin, the 79-year-old astronaut told PopSci that he’d prefer Mars over the moon as NASA’s next destination. It’s also worth noting that Google Earth provided a full-fledged tour of Mars before getting to Earth’s lunar neighbor. Hint hint, NASA?