The Grouse finds the latest round of announcements from the glowing giant underwhelming, to say the least 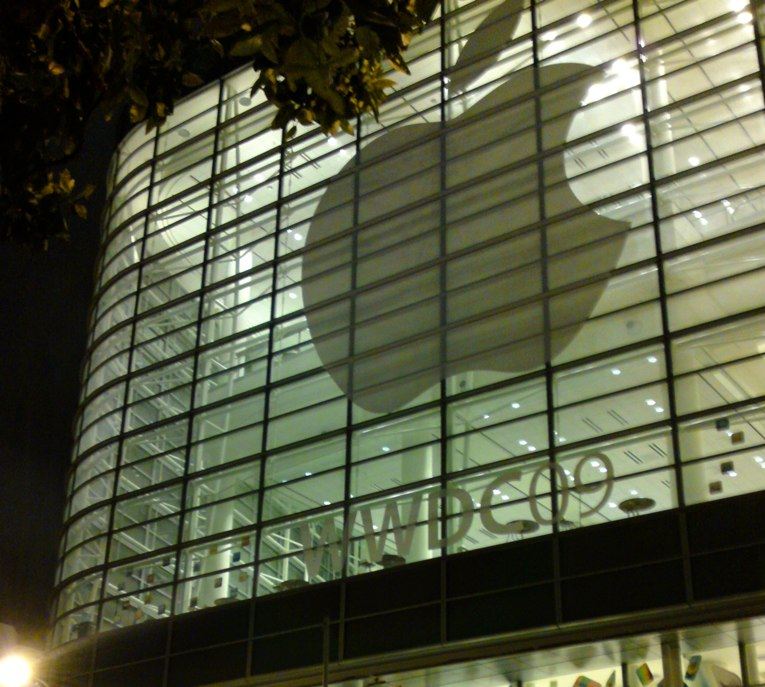 Now that I’ve had a day or two to digest the rapidfire assault of product updates that was the Apple WWDC 2009 keynote, I must admit I’m less than thrilled with what went down. Sure, I may have drooled on my keyboard just a bit as I followed live blog coverage of the pep rally. But now that the Apple Kool-Aid has finally worn off and I’ve returned to my normal crotchety self, I can’t help but feel disappointed–perhaps even a little incensed–by this most recent Steve-free Apple hoedown.

Don’t get me wrong–some of what Apple announced is still quite impressive a day or two later. My personal favorite is Safari 4’s improved visual history, which is still blowing my mind. I’m also pretty amped for many of Snow Leopard’s new goodies, not to mention totally psyched that the OS X upgrade is only going to cost me 29 clams this time around, which is a $100 bailout over years past. Oh, and the ability to remotely wipe a lost or stolen iPhone? Insanely awesome.

So, what’s my beef? All things considered, I found the iPhone 3.0 software update, iPhone 3GS, and MacBook Pros to be quite a letdown. Here’s why.

The iPhone is still on AT&T

As fast, powerful, and innovative as the iPhone hardware and software gets, the fact of the matter is you’re still locked into AT&T, one of the least-reliable networks nation-wide. Patchy voice and 3G data service is the number-one complaint from every iPhone owner I know–especially in New York City.

Yet another disappointment that can be attributed to Apple’s unholy union with AT&T is the lack of MMS and tethering support–two features already supported by AT&T on a slew of other devices. It’s a joke that MMS hasn’t been part of the iPhone since day one. Now we have to wait until “later this summer” for it, when tons of international carriers are getting both services the moment the 3GS launches. For the iPhone, it’s been two years already — what’s the holdup?!? As for tethering, there’s no projected rollout date at all. AT&T confirms it will someday be offering a tethering plan, but it won’t say when or how much it will cost. (I’d expect to pay an additional $30 per month for the privilege). What’s most alarming about this entire MMS/tethering debacle, though, is the fact that AT&T isn’t currently confirming or denying whether either service will ever be available on anything but the new iPhone. The horror…

Microsoft’s Zune has been the butt of a lot of jokes in the tech blogoshere, but there’s no denying the hotness of the soon-to-be-released Zune HD’s beautiful OLED touchscreen. C’mon, Apple. You’re supposed to be the most cutting-edge hardware maker on the planet, and yet your most elite piece of gadgetry is rocking yesterday’s display technology.

The iPhone 3GS is a great deal, and for $99 the 8GB iPhone 3G is an amazing deal — but only if you’re not currently locked into an AT&T contract. Otherwise, the unsubsidized upgrade price is $399 for the 16GB 3GS, $699 for the 32GB one and $299 for the 8GB old-school 3G. To be fair, the subsidized vs. unsubsidized price difference is something all carriers do. The thing is, Apple fans can’t stand owning last minute’s technology, never mind last year’s. Plenty of them are going to fork over the extra $200 for the upgrade, which is unfortunate, since I don’t think the iPhone 3GS is worth it. But that’s their problem.

My issue is with is the fact that Apple upgrades its phone every year, but all of its customers get locked into two-year contracts. Unless you want to pay the $200 fine (again and again), you’re always going to be a generation behind. 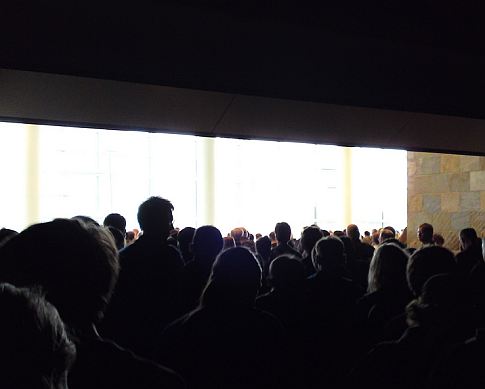 For the most part, an app is an app. Right now, it doesn’t matter what iPhone you own — all apps will work on it and they’ll work exactly the same. iPod Touch owners obviously can’t use apps that employ the phone or camera, but so far I’ve chalked that up to the difference between owning a smartphone and owning a portable media player. But the iPhone 3GS is a game changer. With developer APIs for the new video camera, and ones sure to follow for the compass and voice commands, it won’t be long before an entire section of the App Store will be “3GS only.” I’m not one to stand in the way of technological progress, but I liked it better when it didn’t matter which iPhone you owned. Now you’ll have to upgrade to the 3GS for access to the most cutting-edge apps, which is an expensive proposition.

First we iPod Touch owners were charged $10 for the 2.0 software update and now it’s another 10 bucks to go 3.0 — two updates iPhone owners scored for zilch. Is it me, or does it seem like Apple kind of hates us?

I’ve always been a huge fan of Apple’s 15-inch portable workhorse — both the MacBook Pro and the PowerBook before it. I honestly can’t imagine myself working on anything else. But after the WWDC unveiling of the new 13-inch and 15-inch models, I think it might be time to look elsewhere. Where do I start? First of all, it looks like the uber-reflective glossy screen is now the only display option, which is bad news for people like me who absolutely loathe them. Though not as big of a deal, the loss of the ExpressCard slot to an SD slot seems a bit drastic. There’s really no room for both? Finally, there’s the built-in, un-swappable battery, which Apple has the gall to call “innovative” on its web site. I hate the fact that you can’t easily change the battery on an iPod. It’s ridiculous you can’t do it on the iPhone. To now have this “feature” built into the company’s flagship notebook is disappointing to say the least. I regularly travel with an extra battery, and I’ve had MBP batteries refuse to hold a charge or stop working altogether. What do I do now? Thanks for the new inconvenience of your innovation, Apple.

Another odd development is the re-configuration of the line so that just about everything is a “Pro” notebook–even the previously un-Pro 13-inch MacBook with lower-powered integrated graphics. Now, the only thing not deemed “Pro” are the black and white plastic MacBooks–a design that has been around for years.

While this may be initially confusing, it could have a happy ending–a jumbled product lineup like that sure makes a lot more sense when you imagine the fabled, rarefied Mac Tablet nestled in snugly under the Pro lineup. Is Apple slowly phasing out all their non-Pro notebooks to make room for such a mythical being? We shall see.

Lastly, I was totally turned off by the potshots OS X SVP Bertrand Serlet took at Windows during his presentation. I’m the furthest thing on the planet from a Microsoft zealot, but it just seemed unnecessary and self-indulgent to show crappy reviews of Vista to an audience of fanatically biased Mac developers. It’s cute when Justin Long shames John Hodgman on TV (or when Hodgman shames himself, rather), but this was cheap. True, maybe, but cheap.