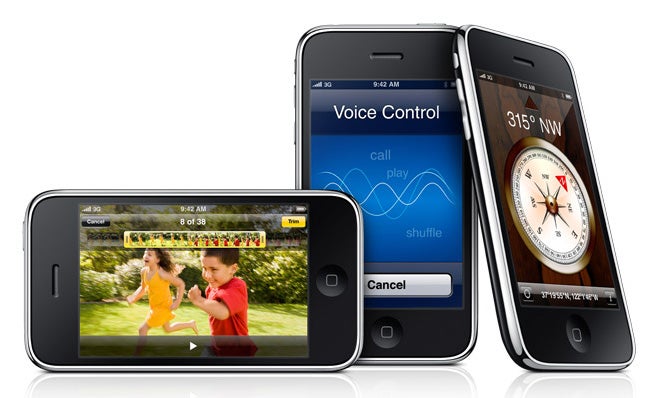 All the rumblings about an updated iPhone at today’s WWDC unveiling were true–Apple announced the iPhone 3GS, essentially the exact same iPhone with a beefier processor they claim will boost the new 3.0 OS to double the speed as the current iPhone 3G. And if that’s not enough to lure you over, the current iPhone 3G will remain on sale for a reduced price of $99.

Rumors indicating a slightly different matte case were, somewhat surprisingly, wrong: the phone looks exactly the same (glossy back and all) as the original 3G. Aside from the faster processing power, the 3GS improves on the 3G in a few other places:

So they didn’t blow the doors off of things, really. Emphasizing this fact is the decision to keep the original 8GB iPhone 3G on sale for $99 (which will support most of the iPhone 3.0 OS’s new features like MMS messages, copy and paste, etc). The 3GS will hit on the 19th of this month, $199 for 16GB and $299 for 32GB.