A lure that uses a surgical trick to prevent getting torn from hooks, and doesn’t contaminate the water 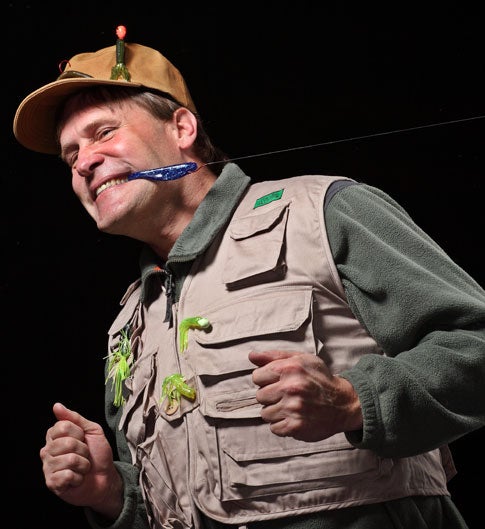 For all you holiday anglers, today’s featured Invention Award winner is something to aspire to: a fishing lure that doesn’t pollute once it ends up on the bottom of the lake.

Ben Hobbins didn’t set out to clean up his local lakes, but his IronClads baits do exactly that. The Wisconsin inventor’s idea — fishing lures that are extra-strong, eco-friendly and nontoxic — solves a serious, if little-known environmental problem.

Flexible and cheap soft plastics are the most popular type of lure among sport fishermen, but almost all of them eventually end up at the bottom of lakes and rivers because they easily detach from their hook when they’re cast or bitten. Once there, the baits disintegrate over time, releasing harmful phthalates and other petrochemicals. According to one study, 25 million pounds of the lures are left in U.S. waters every year. 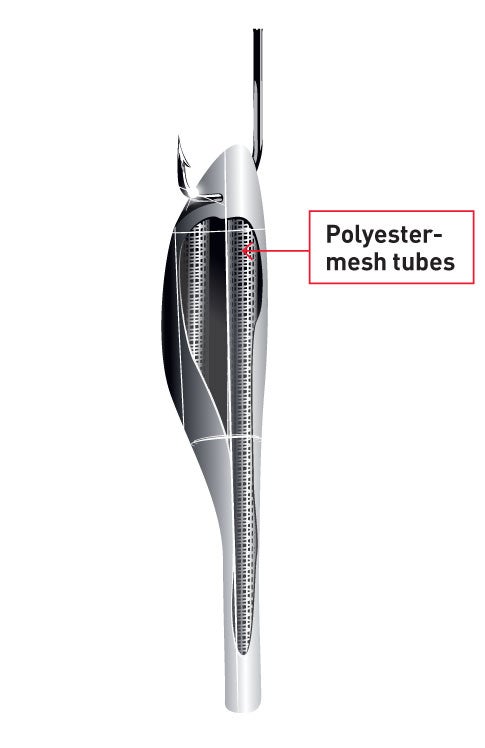 IronClads: How It Works

The IronClads’s twin polyester-tube skeleton acts like rebar in concrete, giving the lure the tensile strength to withstand anything but a direct chomp from the biggest, toothiest fish

In 2006, Hobbins, an avid fisherman, was really just trying to come up with a stronger version of the lures he was using for ice fishing, when the concept came to him. “I hate rebaiting hooks in zero-degree weather,” he says. A former biotech strategist, he speculated that methods used in the industry for skin grafting—using an expandable mesh to ensure that a graft stays intact and in place—could also work for reinforcing lures. The result was IronClads, which stay firmly on their hooks because of a microtube of polyester mesh that lends strength to the plastic, just as rebar gives tensile strength to concrete. The lures can sustain 93 pounds of tensile strain, so only fish with serrated teeth and considerable heft could possibly bite through them.

Hobbins sold his initial IronClads to local stores. Inspired by the praise he received for their environmental impact, he then set out to solve the remaining problem: the fact that the plastic was still toxic. Last summer he began work on an equally strong silicone-based version that, if it does tear off, biodegrades without the toxins released by soft baits made from plasticized polyvinyl chloride. (Neither version contains the usual flexibility-lending plasticizers made from phthalates, which Congress has banned from children’s toys.) Now testing the greener version, Hobbins has enlisted the help of the University of Wisconsin, which also worked with him to raise funding and create the initial prototypes of the lures. He expects the silicone IronClads to hit stores this year.