Things To Be Peeved About This Week

The Grouse's ire hath many targets 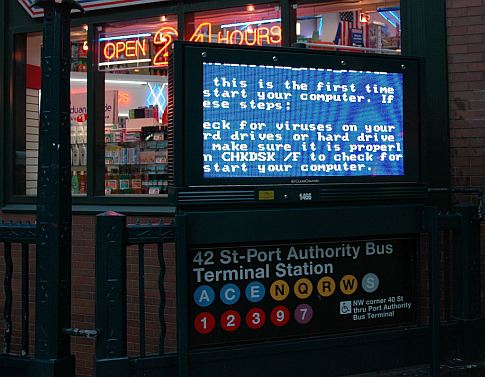 Over the past week and a half or so, there hasn’t been one gadget, trend, or tech company that’s ticked me off enough to single out for a good flogging. There have been several! So, this week marks the kickoff of a new, semi-regular (whenever I feel like it) Grouse format that’s a bit more all-inclusive than the standard fare. It takes aim at all of the wrongs that have been perpetrated against the tech-loving public in the last few days. Here we go!

Boost Bottleneck
If something sounds too good to be true, that’s because it usually is. So is the case with Boost Mobile’s $50 per month, no contract plan for all-you-can-eat text, voice, Web and walkie-talkie. Back when it was rolled out in January, Verizon’s big cheese, Ivan Seidenberg, famously (and rather smugly) predicted that the glut of new subscribers attracted by the bargain basement price would torpedo Sprint’s network into oblivion (Boost being a subsidiary of Sprint). Well, chalk one up for the I-man, because that’s exactly what’s been happening the last few days, with Boost customers reporting text-message delays of up to several hours, if not total outages. The aging iDEN (Integrated Digital Enhanced Network) infrastructure Boost runs on has always been rather inept at the whole SMS thing anyway, so it’s really unclear just how the company planned to actually accommodate the extra customers. This week, Boost confirmed that the problem was first diagnosed way back in March and that a fix would be put in place on May 7th. It’s too early to tell if this magical fix was delivered as promised, but color me skeptical. Unless Boost is going to completely abandon iDEN, I don’t see how it’s possible. Keep your eye on Boost’s Facebook page to see what subscribers are saying.

Stolen Droid
I have to admit I was jealous of the name “Android” when I first heard news of Google’s mobile platform. I don’t even have a product, service or business to attach the name to, I just like it and wish I’d thought to use it first. Well, as it turns out, Google wasn’t the first technology company to think of it either. Way back in 2000, an Illinois software developer registered the name “Android Data” with the U.S. Patent and Trademark Office and was awarded official dibs on the name two years later. When Google came around in 2007 and applied for a trademark on “Android’, it was rejected on the grounds that the name was too similar to the existing “Android Data.” Google, believing itself to be above the law, went ahead and used the name anyway. The owner of “Android Data” is now suing the search colossus for $2 million. Whether he deserves the cashola or not is beside the point — the real issue here is Google’s hubris. This is a classic case of the big guy believing he’s more important and more deserving than the little guy, and I’d always hoped Google was better than that.

Dirty Palms
I’ve never been a Palm user, but part of me is pretty psyched to check out the Pre, Palm’s much-anticipated handset believed to be launching on Sprint any day now. As a part-time Web developer, I’m especially interested in webOS, the Pre’s touchscreen GUI that’s based around HTML, JavaScript and CSS. It’s not just me — I think it’s fair to say that the Internet is abuzz about the Pre…if not smitten with it. But that’s not good enough for Palm, apparently. Bloomberg News speculated earlier in the week that Palm is going to intentionally ship low quantities of the Pre to retail (somewhere in the ballpark of 375,000) in order to sell out and create artificial demand. After all, the best gadget in the world is the one that’s impossible to get, right? Just ask Nintendo. Well, I don’t like it. The Pre should garner headlines based on how well it functions, not on how difficult it is to acquire. Palm had just better hope that this lame PR stunt doesn’t blow up in its face should fewer than 375,000 people give a crap.

Three more on the second page! 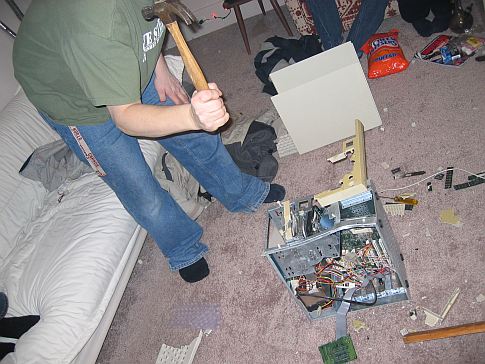 Hole in Hulu
Disney finally saw the light and made nice with Hulu, meaning that I can now finally watch Lost (and all other ABC programming) in the same place I can peep free content from Fox, NBC, Comedy Central, FX and other content providers. That makes CBS the only Big Four network still refusing to sip the Hul-Aid. I’m not a huge CBS fan — The Unit and Without A Trace are tolerable, I suppose — but what I do love is the network’s online offering of vintage programming such as MacGyver and the original 90210. Unfortunately, I have to click over to the CBS site or to YouTube if I want to get my 80s and early 90s on, which is just plain inconvenient. C’mon, CBS, don’t be such a party pooper. Make life easier for the masses foaming at the mouth to abandon your traditional television distribution paradigm. We’ll love you for it.

Rotten Apple
The iTunes App Store approval process continues to be a complete debacle, and this week managed to ruffle the feathers of someone slightly more famous than the average developer: Nine Inch Nails leader Trent Reznor. When Apple rejected an update to his official Nine Inch Nails iPhone app (who knew there was such a thing?), the reason given was “objectionable content” — more specifically, access to a podcast containing songs from the one-man band’s 1994 album The Downward Spiral. Sure, the album contains a hefty helping of profanity, but as some folks have pointed out, the album is available on iTunes. If that’s not proof enough of how absurd, arbitrary and nonsensical the App Store approval process is, consider the fact that one of the apps Apple did give the thumbs-up to this week is a striptease game called “Peekababe.” Whose definition of the word “objectionable” are we working with here? As you can imagine, Reznor wasn’t exactly thrilled with Cupertino, and so he unleashed an expletive-laden tirade on the NIN forums in which he compared Apple to Walmart. Ouch. Well, it looks like if you’re loud, angry and famous enough, Apple will listen, because as I’m writing this, news is that the app has been approved. Yay, Internet!