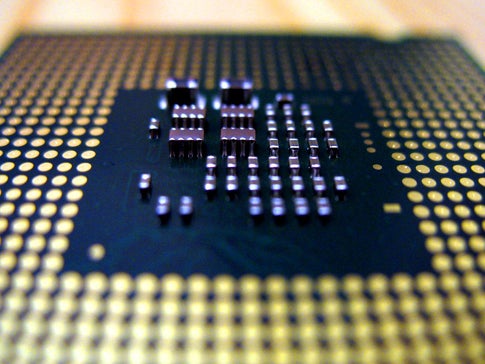 Since 2001, the European Union’s (EU) anti-trust regulators have investigated complaints that chip maker Intel engaged in anti-competitive practices. They accused Intel of of paying retailers not to sell computers with AMD chips, and for using its position as the number-one chip manufacturer to muscle around competition. Today, the EU handed down the decision in the form of a $1.4 billion fine, the largest in European history.

While that number is still less than the $4 billion some predicted, the fine handily beats out the previous record holder, the $1.16 billion fine handed to Microsoft.

The New York Times comes at the story from the legal angle, while Ars Technica gets deeper into the nitty-gritty of what Intel actually did.

Meanwhile, the Inquirer (the legit one, not the “National” one) takes a slightly more gossipy angle by looking at the reactions of executives at Intel’s chief rival, AMD. Needless to say, the reactions were generally positive, ranging from mild schadenfreude to “PWNED!” The Register investigates the ramifications of the suit, noting that it may spark a run of civil suits against the reeling chip giant.

Looking into the future, Agence France-Presse speculates that the EU may try to take down Google next. Ironically, the investigation into Google is evidently being egged on by none other than the original computer anti-trust bad boys, Microsoft.