Is This the Next-Generation iPhone 3G?

The Internet thinks so 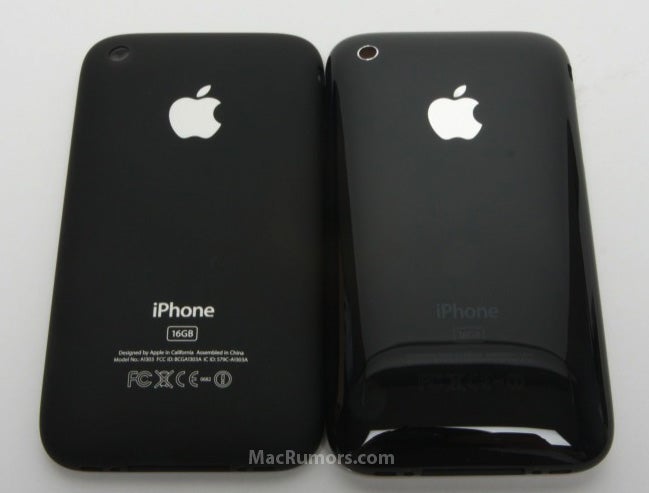 What’s almost certain is that we will soon see a refreshed iPhone 3G, likely announced at Apple’s annual WWDC conference keynote on June 8. What’s up in the air is what said iPhone refresh will look like–but a series of leaked photos seem to suggest it will look something like this.

Essentially, it’s a standard-looking iPhone 3G with a slick, matte black back cover instead of one made from glossy plastic. Blurry images of a matte-back iPhone have circulated before, but today the generally reliable site Mac Rumors got their hands on the most convincing photo yet, comparing the old glossy iPhone with a new one.

Not sure what the back is actually made of (my fingers are crossed for matte aluminum) or whether rumors of a faster processor and boosted 3G speeds will come true, but if Apple’s recent history of almost mandatory pre-announcement leaks are any indication, this could very likely be what gets announced on Monday, the 8th. Hold off on buying a new phone for one more week!