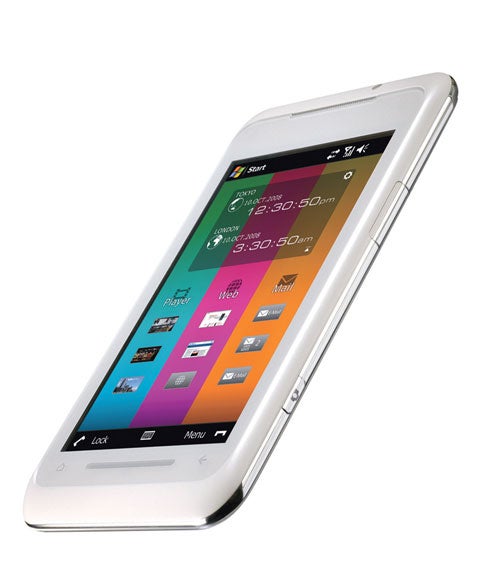 Think of Toshiba’s TG01 cellphone as the world’s smallest PC. It powers 3-D games, plays high-definition movies, and smoothly runs many programs at once, a combo few other phones offer. Yet it’s less than four tenths of an inch thick — 20 percent thinner than an iPhone — thanks to Qualcomm’s Snapdragon system, which packs several previously separate chips into one case the size of a dime. 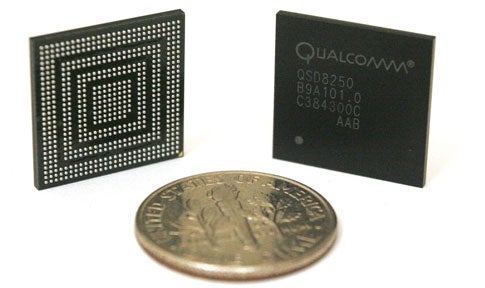 Snapdragon builds in a speedy one-gigahertz processor (about as powerful as a budget laptop’s) as well as a graphics chip, a GPS receiver, Wi-Fi and Bluetooth radios, and a fast cellular data chip that can work on any network. By putting all these pieces in one package, Qualcomm can eliminate the usual bulky cover around each individual chip. The compact result won’t hog your battery, either — the main processor boasts low-power transistors and runs at top speed only when needed. Even at full tilt, it sips only half a watt, far less than other processors that run at around the same speed.

The TG01 hits Europe this summer. Qualcomm says other gadget manufacturers, including Samsung and LG, will release Snapdragon phones later this year, possibly here in the U.S.

Get It: Toshiba TG01 Price not set; toshibamobilerevolution.com

In Related News: Half Phone, Half Autopilot 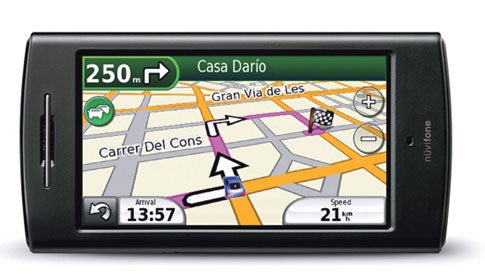 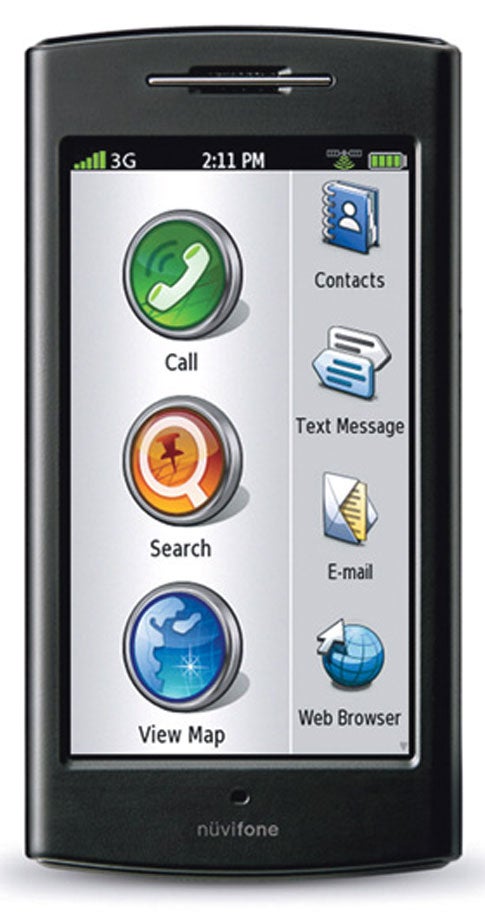 Now when your pal texts “I’m at a party,” simply click to see your route to the bash. The Nuvifone outdoes other GPS-equipped cellphones by automatically recognizing addresses, whether written in your text messages, calendar, e-mail, Web pages or contact list, and letting you launch turn-by-turn directions with a tap. If your friend has a Nuvifone too, you can inform each other of your whereabouts without even typing addresses. The phone can mark a text message with its location, just as some cameras do with photos, so the mapping program automatically knows where a note came from. Then it can read directions out loud as you walk or drive to meet your chat buddy.

Get It: Garmin-Asus Nuvifone M20 and G60 Price not set; garminasus.com