I Rent, Therefore I Am

The rise of Zipcar capitalism 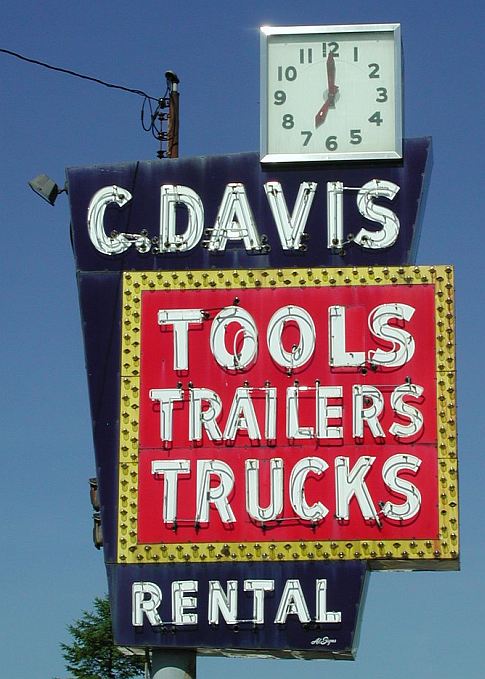 As I sit down to write this week’s Grouse column, I find myself having to work through one of those rather dull and annoying headaches, which, I’m almost certain, is from repeatedly slapping myself in the forehead over the course of the last few days. It’s not that I’m a masochist — I’m just upset with myself for not being the first to think of a Netflix-style site for books and book lovers.

Genius, right? Yeah, well someone’s already thought of it, and it’s called BookSwim.com. It works exactly as you’d expect: Hold onto a number of books (an amount commensurate to your plan rate) for as long as you want and return them when you’re done without ever suffering the indignity a late fee. You can try before you buy, and even rent textbooks instead of pledging your first-born for them at the university bookstore.

OK, so BookSwim isn’t exactly genius, right? But it is the latest online service to realize that the Netflix rental model is more than a fad or bandwagon — it’s the new economy. In just the last two years or so, technology (specifically Web 2.0 ease-of-use and broadband access), environmentalism and our collective financial ruin have combined forces and turned the marketplace for goods and services into one giant Rent-A-Center. Ownership is out. “Rentalism,” or “Zipcar capitalism,” is in.

Having moved apartments last week, I can appreciate a BookSwim now more than ever. After boxing and then un-boxing years’ worth of dusty tomes, I found myself wondering why I was bothering to hold onto these things. Other than the few reference books I have on various topics, I’ve never reread anything. So why keep them around? After thinking about it for a while, I honestly think the answer is vanity. As shallow as it sounds, I think the books I keep around give visitors to my hovel a clue as to who I am. That’s part of the reason I also keep those old LPs on my shelf, despite having several of them in MP3 format on iTunes. In many ways, my stuff helps define who I am. That may sound incredibly showy and materialistic at first, but it’s really no different than the exhibitionism present on today’s Facebook/MySpace/Last.fm/Hulu/etc. profiles — mine just happens to be a hard copy.

I’m not totally out of touch with The Economy 2.0. Living in New York City, I use Zipcar rather than paying to park, insure, and fuel a car that I’d only ever occasionally use. I’ve also been on Netflix for a while now, having realized some time in the early part of this decade what a waste of money DVDs are. If I were more into playing video games, I’d definitely be signed up for GameFly. I don’t feel the need to own any of these things. And yet there are certain trappings, mostly music, I’m less flexible on. I still like vinyl, and while I’m OK with “owning” MP3s I purchase via AmazonMP3.com, I’m just not able to wrap my brain around subscription-based services like Rhapsody and Napster. Again, I think that goes back to a belief that I’m somehow defined or characterized by the music I’ve committed to financially.

One service in which I do see some value is Avelle.com — especially after helping my wife unpack her stuff into 90 percent of our new closet space. Think Netflix for handbags, jewelry, sunglasses, and other fashion accessories. Another great idea is BabyPlays.com, which is the Netflix model applied to baby toys. I’ll admit that at first I was a tad repulsed by the thought of a hundred different infants drooling all over the same tickle-me-whatever, but it actually kind of makes sense when you consider how brief a shelf life most tot toys have in the average household. And, as I was unpacking all of my worldly possessions last week, it dawned on me just how many other things lend themselves to rental — my tools, for example. Once I’m finished drilling, hammering, and tightening my new apartment to perfection, it’ll probably be six months to a year before I need any of that stuff again. What a waste of space! Netflix for tools, anyone?

The upswing of this rental economy is twofold. One: In most cases, it’s cheaper to rent than to own, and therefore kinder to the American wallet. Two: There’s less impact on the environment, as fewer goods are produced and even fewer wind up in landfills (Check out “The Story of Stuff“.) But I’m not without my reservations. For example, what happens to organizations such as Goodwill and Salvation Army as fewer and fewer clothes, baby toys, and other used goods go to the folks who truly need them? Then there’s the fact that this rise in “rentalism” is happening at the same time as a parallel rise in what I’ll call “disposalism.” The reality is, today’s mass-produced goods, particularly electronics like TVs, computers, printers, and iPods, are easier to throw away than they are to repair. I’d love to rent my next iPod instead of buying one, but a used iPod is like a ticking time bomb — it’s just waiting to conk out on you. For TVs and PCs, it’s actually cheaper in a lot of cases to own than it is to rent.

My chief concern, however, is with where this transient lifestyle is steering us all. If we all become renters instead of owners, then what do we buy each other on birthdays and holidays — coupons for a free month of Zipcar? As if Home Depot gift cards weren’t already impersonal enough! On a slightly more existential tip, I’m not sure I’ll ever be comfortable with the notion of not being able to call something my own. It’s why I can’t bear to subscribe to Rhapsody in the place of buying MP3s. It’s why I’m typing this column on a copy of Microsoft Word instead of Google Docs. Ownership is simply a more tangible notion to me than rentalism is. I say this fully cognizant of the facts that, one, “you can’t take it with you when you go,” and two, this column is dangerously close to reading like the hysterical whimperings of a 90-year-old man.

I’d love to hear what you think of our new Web-fueled rental economy, so please share! What else should the Netflix model be applied to? What shouldn’t it be applied to? Are there advantages and disadvantages I neglected to mention? Do tell.