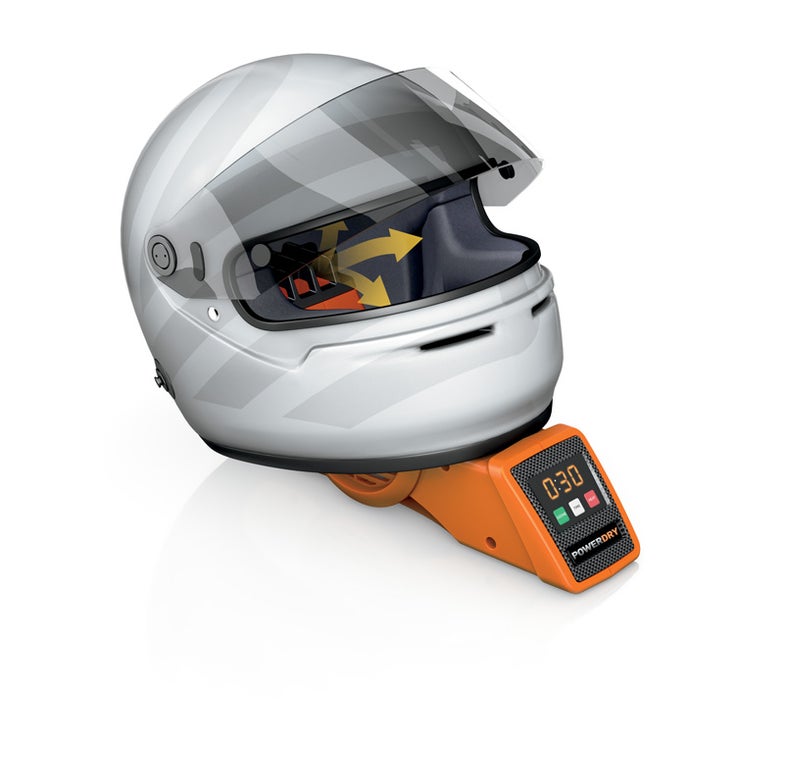 Any mom assigned to carpool duty for youth sports practice has an appreciation for the pungent power of damp athletic gear. While the shirts and shorts get immediately cleaned in the washing machine, other equipment like bags, helmets, gloves, shoes are normally relegated to the garage whey they continue to stink and collect potentially dangerous bacteria. But fear not, sensitive noses, a fancy dryer from Shock Doctor promises to freshen the most foul.

The Power Dry blower ($99.99) has options to direct ionized, ozonated and heated air into a full line of Shock Doctor deodorizing bags. The technology claims to kill 99.9% of microbes contributing to staph infections—now a major concern in team sports. Optional attachments allow the dryer to be used with gloves, shoes or boots. The helmet dryer ($129.99), launching this year, provides the same functionality in keeping snowboard, football or motorpsorts helmets dry and clean. The dryer is quiet enough to be kept in the house while watching television and small enough to fit easily in the broom closet.

According to Shock Doctor Vice President of Product Development Jay Turkbas, the key to the technology is the circulation of ionized air. The negatively charged ions in the air from the blower (also known as ozone) bond with odor-carrying positive ions, rendering them inert. The ozone leaves a fresh scent in the helmet—similar to the way the air smells after a lightning storm.