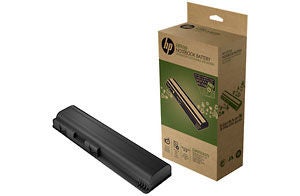 Making good on a promise from December, start-up battery maker Boston-Power announced today that its almost-too-good-to-be-true Sonata lithium-ion batteries are now for sale, as upgrades for HP laptops.

Speaking of 80 percent, Boston-Power claims that a Sonata will retain that much charging capacity after 3 years, when regular Li-ion cells are down to just half capacity.

The company is very secretive about what, exactly, the magic sauce is, saying only that they have made a lot of little tweaks. So they could well be using unobtanium and unicorn blood. But as long as it works, that’s fine with us.

The replacement batteries sell as part of HP’s Enviro Series for $150.