Call of the Road

Get the latest traffic info with cellular-equipped GPS 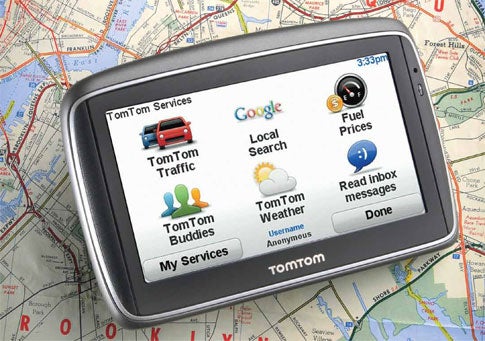 Avoid bottlenecks with TomTom’s GO 740 LIVE. It uses the same kind of chip as a cellphone to retrieve traffic updates every two minutes, instantly recalculating your route to detour around jams. The wireless connection also allows drivers to zap info, such as their current location, to pals who own a GO 740 or future models in the company’s LIVE series.

The real-time updates may soon get even more accurate. TomTom has developed a system that judges traffic based on how fast cellphones—and other cell-connected devices, such as the GO 740—-travel between radio towers. By anonymously tracking the location and movement of signals from myriad cellphones, TomTom can estimate how many cars are on a given road and at what speed they’re traveling. This provides more, and more accurate, info than existing services, which rely mainly on a limited number of GPS units installed in truck fleets.

This jam-tracking system, called HD Traffic, is already streaming to GO 740 LIVE devices in five European countries, including France and the U.K., where TomTom has partnered with several phone carriers. The company is now working to bring the new method—-and shorter commutes—-to the U.S.