Welcome to Obsolescence. Population: Me

Does the Grouse need to buy a new laptop already? 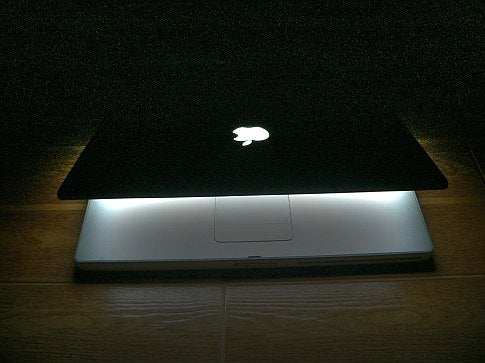 It’s been a rough week, friends. The Grouse has been holed up in seclusion mourning the passing of a very dear old friend: my 12-inch PowerBook G4. The tragedy of it all is, my beloved isn’t even dead yet — far from it, in fact. But I’ve just learned that, according to Apple, my five-year-old diminutive laptop is officially “vintage.” Hey, sounds cool. Unfortunately, that distinction means Apple and Apple Service Providers will no longer patch up my computer with replacement parts should something go haywire. Not so cool.

I first read my laptop’s obituary on the Apple diehard site, MacMerc.com, with reports on some new additions Apple will be making to its official “vintage” and “obsolete” products lists on March 17th. To my shock, my computer is already considered “vintage” by Apple, and has been for some time. It likely won’t be enrolled in the “obsolete” list on March 17th, but you might be surprised/miffed to learn that the original 15-inch PowerBook G4 will be joining the ranks, along with assorted G4-powered desktops and servers. Not that it matters. The difference between vintage and obsolete is a legal technicality that makes replacement parts available only for the vintage list, and only for products sold in California. Everywhere else, Apple’s definitions of vintage and obsolete are synonymous, meaning “dead to us.”

How can this be? How can something less than six years old already be obsolete? By Apple’s standards, that pushes your average kindergartener into the retirement home. Besides, my 12-inch PowerBook is still a great computer. It runs Leopard, has a 60GB hard drive and 768MB or RAM. It burns DVDs, accommodates an external display and handles Photoshop CS2 without any hiccups. Even now, its (relatively) tiny form factor still amazes me. I love that computer. Granted, it’s been showing its age in the last year or so. I mean, the FireWire port and 56K modem are a tad unfashionable. It also can’t run Windows via Parallels, which I use regularly on another computer for a few PC-specific programs. My biggest gripe is that not long ago, it began having trouble playing Web video. Even YouTube clips stutter so spastically that they’re completely unwatchable.

When your computer can’t access the third largest site on the Internet, that’s simply unacceptable. But it’s not my PowerBook’s fault. If Apple made the replacement innards available, I could probably keep my little workhorse going for at least another five years. Unfortunately, that would be a fool’s errand because I’d be unable to experience the Web as it’s meant to be experienced. And that’s what’s got me really fuming about my PowerBook’s premature sentence to death row. It’s an alarming indication of the accelerated pace at which we’re forced to throw out perfectly good technology for whatever’s newer and faster.

In a world that’s increasingly coming to revolve around (if not worship) the personal computer and Web, Internet access should be an unalienable right. But the price of admission is getting way too high. A TV you bought 20 years ago can still enjoy the exact same programming as one purchased yesterday. Sure, you wouldn’t get HD, but you could still access everything else. That’s not the case with the Internet where our primary tool for accessing it — the PC — is obsolete after just five years. My computer running on a 1GHz processor and 768MB of RAM can’t handle Web video. That’s ridiculous. Worse, the word is that Apple’s next version of OS X, Snow Leopard, will be the end of non-Intel support, which sounds the death knell for Macs purchased just over three years ago. The Windows world is no different. To run anything other than the bare-bones “Home Basic” version of Vista, you need a 1GHz processor and 1GB of memory, neither of which were as common in 2006 (for “older” computers) as they are today. Of course, it’s not just PCs: Cell phones, MP3 players, digital cameras, printers — there’s no holding onto any of these things. They don’t last, and even if you can keep them alive with replacement parts and service, they’re probably close to useless anyway.

Now, I’m not one to stand in the way of progress. This insanely brief shelf life of technology exists because better technology is always just around the corner. But I’d like to see it slow down a bit. Foolish as it may be, I’m going to keep my little 12-inch PowerBook humming along for as long as I can. If something dies, I’ll pick up some Frankenstein parts on eBay or at We Love Macs (thanks to MacMerc for that tip!). I’ll do it because I need to believe that a new computer — especially a pricier Mac — is more than a five-year investment.

Fearing the reaper? See if your Apple product is headed to the grave or if it’s already there.