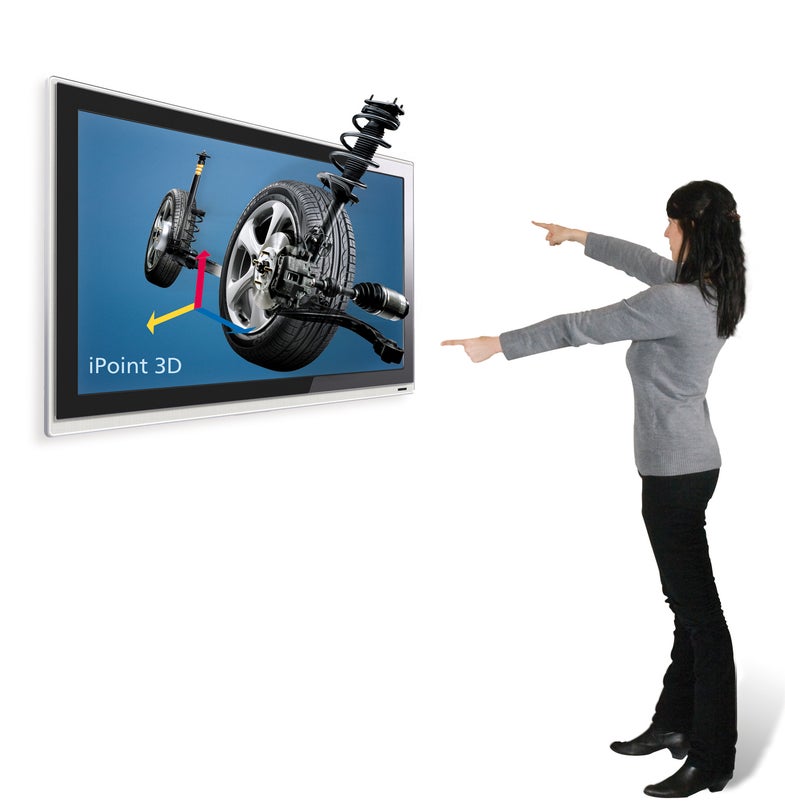 Lose this remote control you’ve got a serious problem. In two short weeks, a group of German scientists will unveil the iPoint 3D, which allows users to communicate with a 3-D display through simple finger gestures. The technology doesn’t require a data glove, 3-D glasses or any contact with the screen. On the down side it doesn’t negate the need to actually lift your arm.

So how does it work? iPoint 3D is essentially a recognition device about the size of keyboard that is suspended from the ceiling or integrated into a coffee table. Two cheapo video cameras connected via FireWire pick up any movement from a couch potato’s hands or fingers and transmit the data in real time back to the device. No physical contact or special markers are involved.

Ok, so maybe spuds and gamers aren’t the only potential beneficiaries. According to Paul Chojecki, a research scientist at the Fraunhofer Institute for Telecommunications, Heinrich-Hertz-Institut, iPoint 3D’s applications might include office, hospital or interactive information system environments. “Since the interaction is entirely contactless, the system is ideal for scenarios where contact between the user and the system is not possible or not allowed, such as in an operating room,” Chojecki says. In addition, it could be used as a means of controlling other devices or appliances. For example, a multitasking cook can turn down the boiling potatoes by waving a finger without leaving meatloaf slime on the stove knob.

If iPoint 3D proves successful, no doubt we’ll all be giving each other the finger this holiday season.