A camera and camcorder with extreme close-up 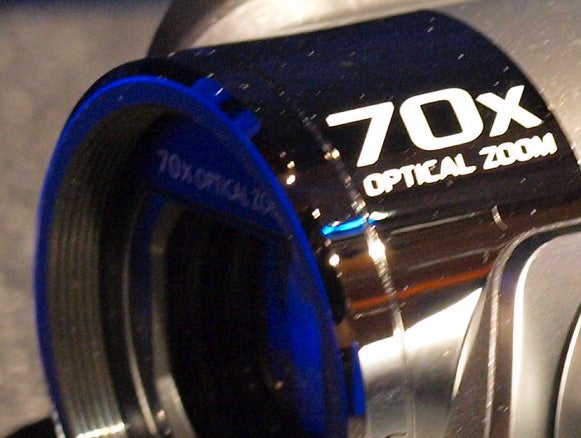 Cameras are looking more and more like telescopes. This year’s CES saw several megazoom models emerge, including 60X and 70X from Sony and Panasonic camcorders and a 26X still camera from Olympus. (The higher the camera’s resolution, the harder it is to extend the range of a lens. The Olympus is a 12MP camera, while the standard-def camcorders are under a megapixel.)

But it’s hard to parse those numbers without a concrete example. Bob Perry from Panasonic captured it well when he said that using the companies 70X zoom is like “holding a piece of spaghetti in our hand that’s about a half a mile long. And at the end when that spaghetti’s moving up and down, we’re taking a picture and we expect it to be fully in focus and sharp.”

But perhaps the best way to picture this awesome zoom capability is, in fact, to see a picture. 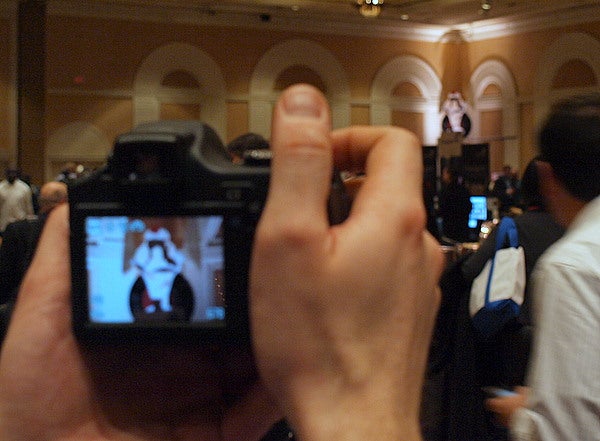 Olympus claims that its SP-590UZ ($450) has the longest zoom lens you can get on a still camera. The 26x range goes from an ultrawide 26mm to an extremely close 676mm. That’s too much range to capture in a single photo. The best I could do was split the difference when focusing. 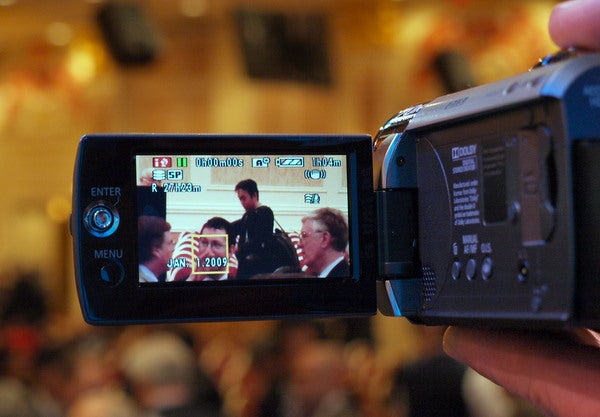 Panasonic’s SDR-H80 camcorder (also $450) sets a new record with a 70X zoom, which was too much to fit even in this giant Las Vegas ballroom. At 50X, in this photo, we get a close-up (with facial recognition) of an entire group of people that we couldn’t even see with a naked eye.