CES: Not What It Used to Be?

Fewer attendees and talk of budget products over gadget lust 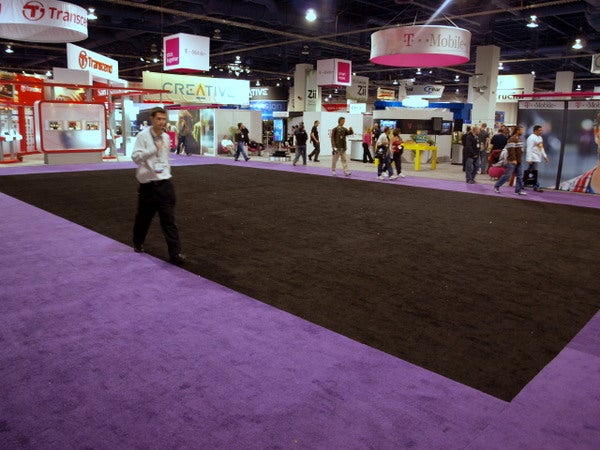 “Small” is still far from the right word for the 2009 Consumer Electronics Show. But by every measure—both official and anecdotal–it was a slimmer event than in years past. In overall terms, attendance was down by at least 12,000, and probably a good deal more. Last year’s official tally was approximately 141,000 visitors. Sources inside CEA say that this year’s was well under the 130,000 that had been projected.

Even without final numbers, it was easy to tell the difference between this year and those past. For one, I saw several empty spots in the convention center halls—blank spaces where companies would have been jam-packed in the past. And the halls were easier to navigate, with only a few bottlenecks caused mainly by poor floor plan design.

One technology firm I spoke to said that many of the companies they had been scheduled to meet had pulled out of the show completely. Journalists and analysts sat out, too. IDC, the market research firm, kept several long-time CES goers home this year, as did the bankrupt Chicago Tribune.

In another telltale sign, it was rarely difficult to get a taxi. Even at 10:15 AM on day one of the show, I waited only five minutes in the cab line at the MGM Grand (before we zoomed down a surprisingly empty Strip to the convention). That same hotel, by the way, had offered to upgrade me from my tiny room to a suite with two flat-screen TVs (including one in the bathroom) and a “Roman spa tub” for just an extra $15 per night. (If I were going to spend any time in my room not blogging, I might have taken them up on it.)

That’s nothing compared to a report that the ultra-ritzy Venetian hotel had called guests ahead of their stay and proactively cut the room rates as insurance that they wouldn’t cancel and go elsewhere.

Yes, the recession has hit CES.

There were still plenty of giant TVs. But behemoths such as Panasonic’s 103-inch plasma and Sharp’s 108-inch LCD were the same models we’ve been seeing for a few years now. Some fancy new sets were shown off, but most had indefinite launch dates. Panasonic has said that its one-third-inch plasma is just design concept for now. (It looks very similar to the ultra-thin plasma that Pioneer showed last year shortly before shutting down its factories and announcing that it would buy its glass from Panasonic.)

Even when introducing high-end models, they couched the presentation with almost-apologetic terms. “We all know these are difficult economic times,” said Shiro Kitajima, president of Panasonic Consumer Electronics in the US. He then emphasized that the company has a wide selection of TVs – to fit even tight budgets. And he tried valiantly to spin recession as a good thing for his company, saying that customers “become more value-oriented and spend more time selecting quality brands [like Panasonic] to buy with their limited dollars.”

Moving from gadget lust to lust gadgets, times are really grim for CE’s sister industry—porn. The Las Vegas Review Journal reports that the number of vendors dropped by 18 percent at the Adult Entertainment Expo (once part of CES and now running concurrently).