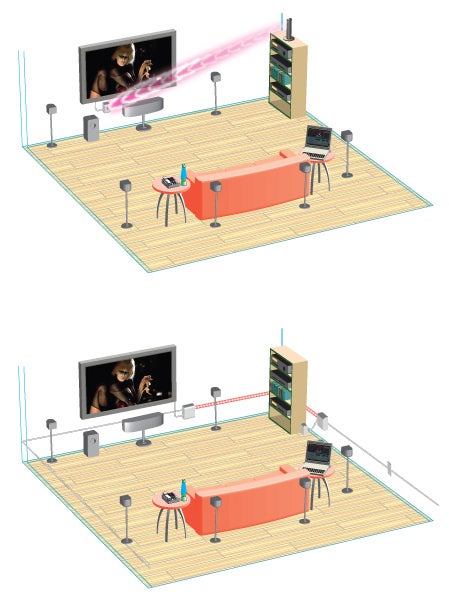 Flat-panels were supposed to eliminate the hulking television cabinet. But they are tethered to boxes — cable tuners, disc players, A/V receivers — that fill a big piece of furniture. A wireless connection lets you at least stash those peripherals out of the way. We tried out the first two cable-free HD technologies: one that uses radio waves and another that piggybacks on your home’s electrical wiring.

We tested them by sending video 25 feet from both a Blu-ray disc player and a Sencore VP401, a machine that produces test patterns that break up conspicuously if there are any reception problems.

The Tech
Sony’s Wireless Link uses a technology called WHDI to send data over a signal similar to Wi-Fi. WHDI favors data bits with a big effect on the picture — say, ones that change the color of an object. It may sacrifice others, like bits that subtly affect hue.

The Results
WHDI certainly loses a lot of data. We saw that clearly with test patterns: Some finely detailed images stressed the system so severely that the screen went blank. But with a Blu-ray movie, video and audio seemed crisp and fluid. The errors in the signal were undetectable to a casual viewer. 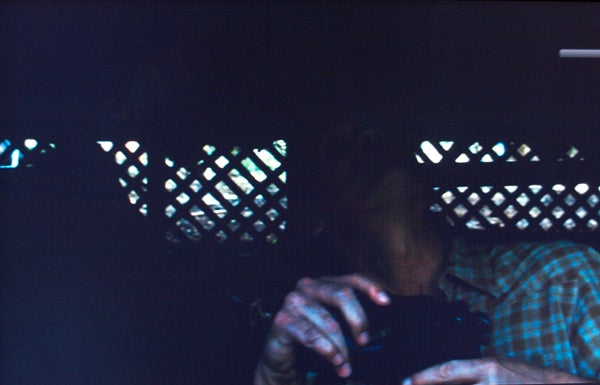 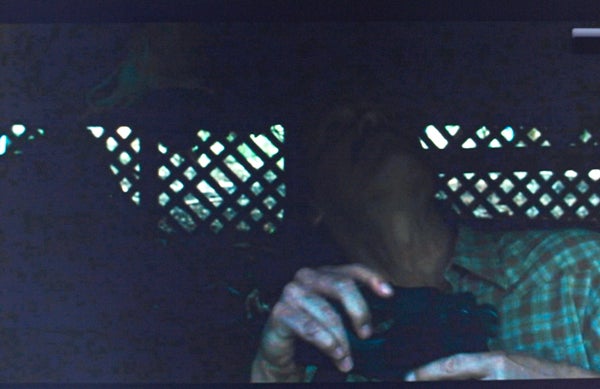 The same scene over the Acoustic Research HD Powerlink. Notice the blockiness in the dark background

The Tech
HD Powerlink converts high-def video into a format called motion-JPEG and sends it over Ethernet signals through the power wires in your home’s walls.

The Results
Running over modern home wiring, test patterns looked almost perfect, but actual video had minor problems. Dark areas onscreen, such as shadowy interiors, often appeared blocky, and colors overall were slightly faded. Both could be from errors in converting video to and from the M-JPEG format. We also heard a faint hum from the TV’s speakers.