The mobile 360-degree camera is a portable recording orb 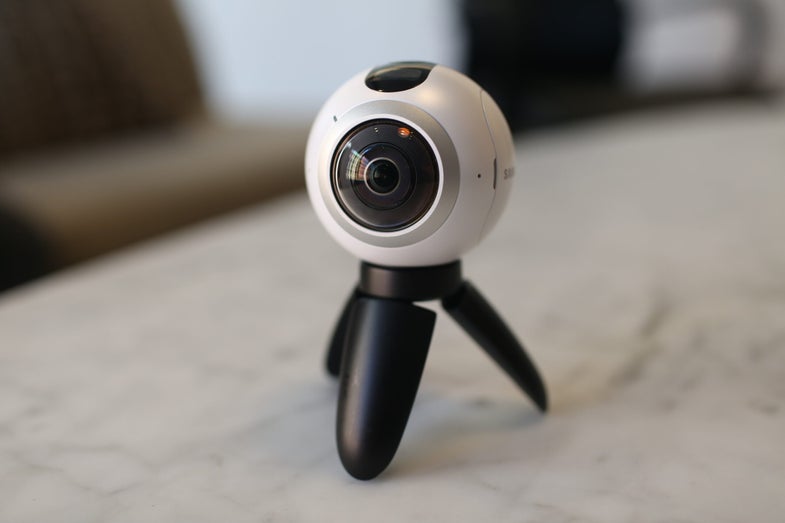 Samsung announced their Gear 360 portable 360 degree camera at Mobile World Congress this weekend. It holds two 192-degree cameras, and the video from both are stitched together on an accompanying Galaxy smartphone. Dave Gershgorn/ Popular Science
SHARE

Samsung rounded out its virtual reality hardware set at Mobile World Congress in Barcelona, Spain, by announcing the Gear 360, a new mobile 360 degree camera. The orb is meant to be used with Samsung’s Galaxy S7 or S7 Edge and the company’s virtual reality headset, the Gear VR. It has two 15 megapixel cameras, to capture 3840×1920 video, or 30 megapixel still images. Samsung hasn’t announced the pricing, or which other smartphones it will work with, but the company has said that it will be a relatively affordable accessory like the Gear VR, which sits at $99.