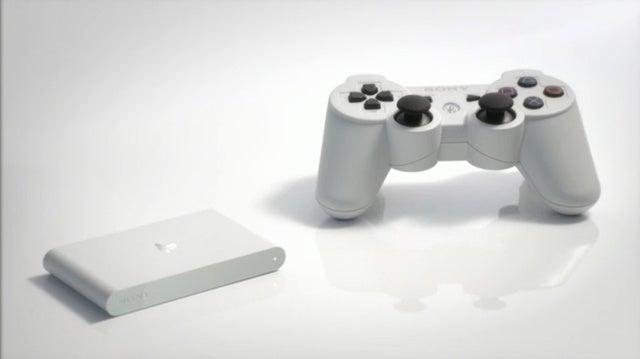 Earlier today, Sony announced a new gadget: the PS Vita TV, a cheap set-top box that’ll let users play some (only some!) games and stream video through their televisions.

The Vita TV can use video streaming apps like Hulu, which play video without saving the full file, but more importantly, the box can download and play games. Users download the games through Sony’s online store, then with a standard PlayStation control, play them. The Vita TV also comes with a slot that can play physical copies of games for the PS Vita, Sony’s latest handheld gaming machine.

So: Which games can you play with this? Right now, the box can’t handle the high-end stuff the PlayStation 3 plays. Instead, it plays games with less demanding graphics: there are digital versions of PlayStation 1 games, PSPS games (Sony’s previous-generation hand-held console), and PS Vita games (although Sony says not all of the latter will be supported). The box will also be able to hook up to another TV and remotely stream PlayStation 4 games, provided your PS4 is connected to another TV on the same network.

You’re out of luck right now if this sounds up your alley and you’re not in Japan: the PS Vita TV is being released there first, for about 10,000 yen, or about $100, on November 14. There’s also a 15,000-yen version (about $150) with a controller being released. No word on when the box is coming to other countries.