This Handsaw Packs Serious Bite In A Small Frame 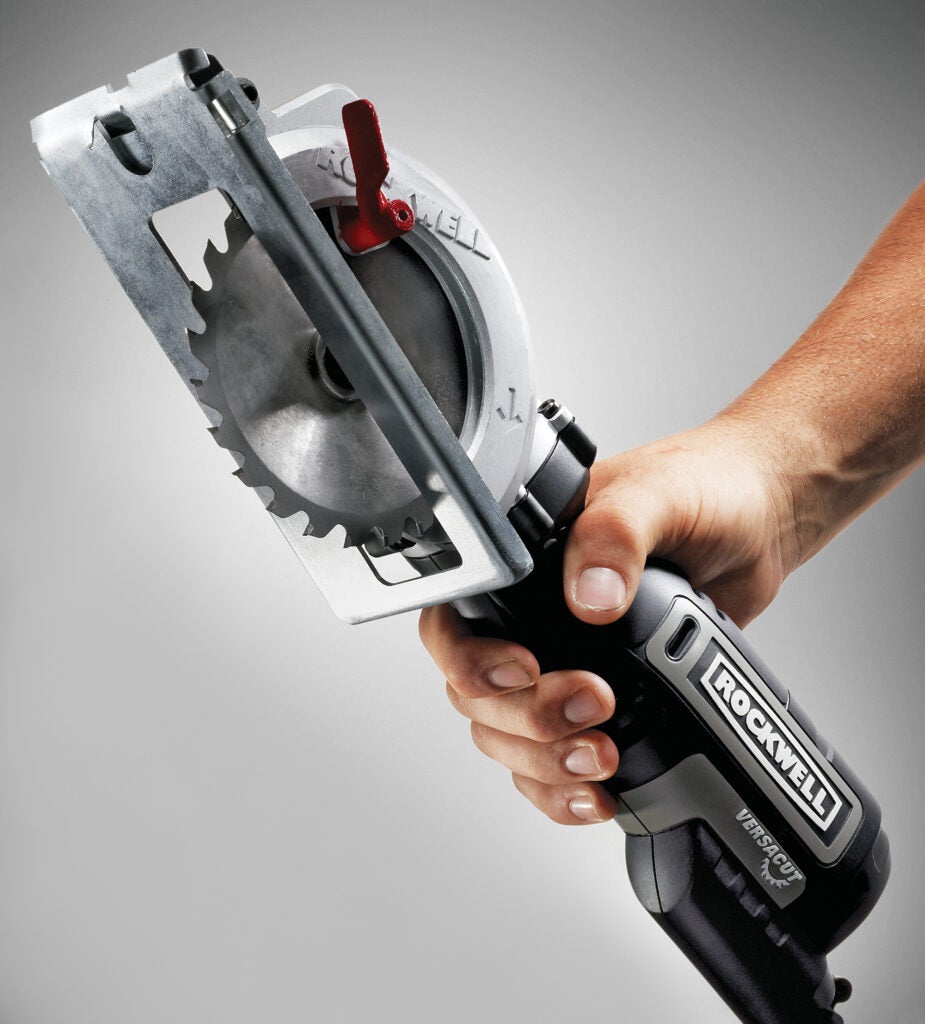 When it comes to circular saws, amateur woodworkers have to deal with a frustrating compromise: Overspend on a burly contractor tool that can cut nearly anything, or settle for a smaller model that can scarcely cut a two-by-four. The Rockwell Compact Circular Saw puts an end to that aggravation.

To squeeze more power out of a small frame, Rockwell designers did two things: First, they overhauled the gearing. Typical circular saws have large parallel gear sets, which would have sat too low on the saw and interfered with deep cuts. So designers added a set of smaller in-line gears to transfer the motor’s 3,500 rpm to the blade. Second, they used thinner 1.2mm blades that generate less resistance when cutting, allowing the tool to run on a small five-amp motor—one third the draw of a pro model.