The biggest wearable computer from a major company, ever. Interested??? 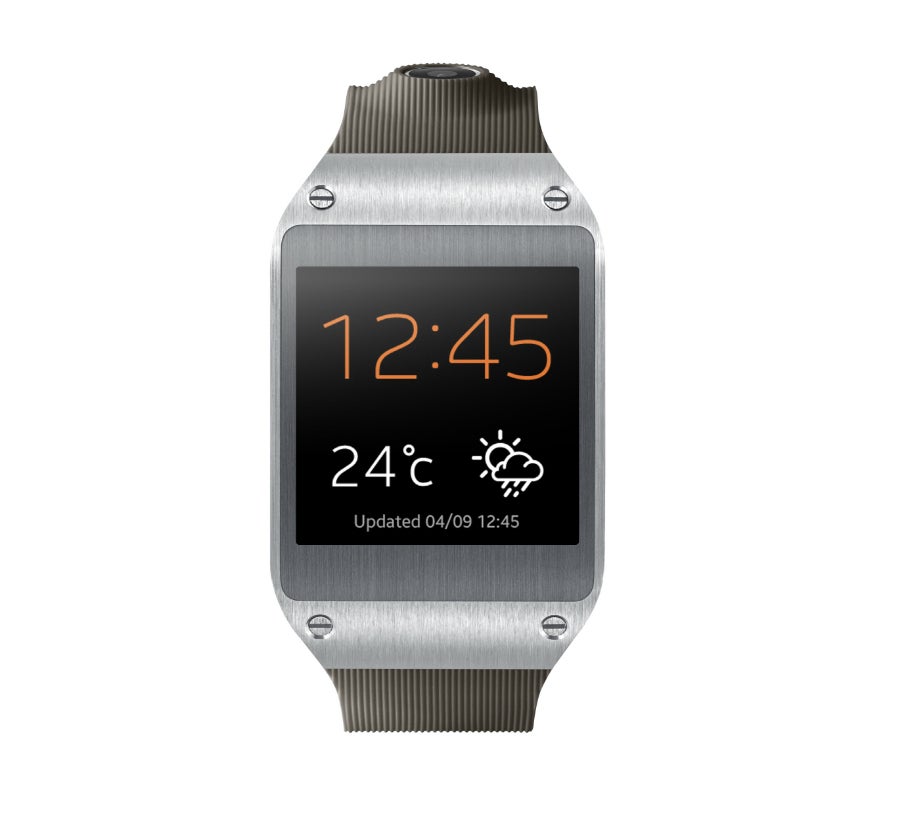 The Galaxy Gear is a connected wristband, essentially a watch with a small LCD screen and lots of smartphone-like gadgetry stuffed inside. It’s not a new idea, but this is by far the biggest push from a major company to get what’s called the “wearable” genre off the ground.

Smartwatches are designed to be a bridge between you and your smartphone. The idea is that for very quick checks, like reading text messages or seeing if you have new calls or emails, you don’t need to fish your phone out of your pocket. Instead, your watch syncs wirelessly with your phone, so you can just glance at your wrist for this kind of thing.

There have been a few before; Sony has already shown off its second-generation smartwatch, though Sam Biddle at Gizmodo called the first-generation “maybe the worst thing Sony has ever made.” Then there’s the massive-earning Kickstarter success-story, the Pebble watch, which has had a mediocre reception. But Samsung’s Galaxy is a little different.

The Galaxy Gear has a 1.63-inch Super AMOLED screen–that makes it a large watch, but a small gadget–and 4GB of storage. It syncs with either Android or iOS phones via Bluetooth (if your phone has NFC, you can use that to make the syncing easier). Interestingly, Samsung is bringing a whole mess of apps to the table right away: there are offerings from big names in app development like Evernote, Runkeeper, and Pocket who will offer some functionality on launch. (It’ll also have the Vivino Wine Scanner app, which “allows you to take a photo of any wine and get to know all about it instantly.” OK!) It’s also got a pedometer so it can compete with other watch-like fitness trackers like our favorite in that category, the Basis Band.

It also has a 1.9-megapixel camera, which is unexpected; you can use it to record photos or videos, right from your wrist. And it has speakers and a microphone in it, so you can do that James-Bondian thing where you make a phone call by talking into your wrist.

The Galaxy Gear will go on sale for $299 starting later this month–pricey, compared to the competition (the Pebble sells for $150, though it doesn’t have as much fancy tech stuff in it), and also considering you need a smartphone to use it.