Leap Motion, the Kinect-like gesture control system we profiled here, is super exciting; it measures gestures to the hundredth of... 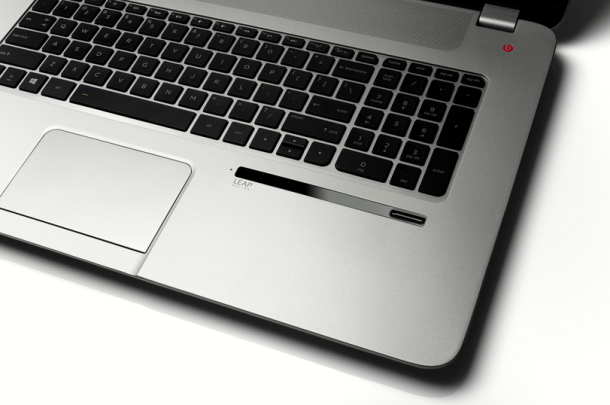 Leap Motion, the Kinect-like gesture control system we profiled here, is super exciting; it measures gestures to the hundredth of a millimeter, and works on any computer. They’re working their way up to shipping the device as an accessory, but they’ve also partnered with HP for something a little different: a built-in Leap Motion laptop.

The HP Envy 17 Leap Motion Special Edition, announced yesterday, has the sensors all built right into the laptop (a fairly powerful 17-inch Windows laptop with MacBook-inspired design). It’s the first step for Leap Motion’s bigger plans: they don’t want you to buy a Leap Motion separately, they want your TV, your phone, your car, and your laptop to have this technology already built-in. It’ll go on sale in October for $1,050–cheap, considering what you’re getting. It’s something nobody else will have! Cool!