Steve Ballmer Announces He Will Retire As CEO, Microsoft Stock Immediately Shoots Up

In a statement posted on Microsoft’s website this morning, Steve Ballmer, CEO since 2000, announced that he will retire within... 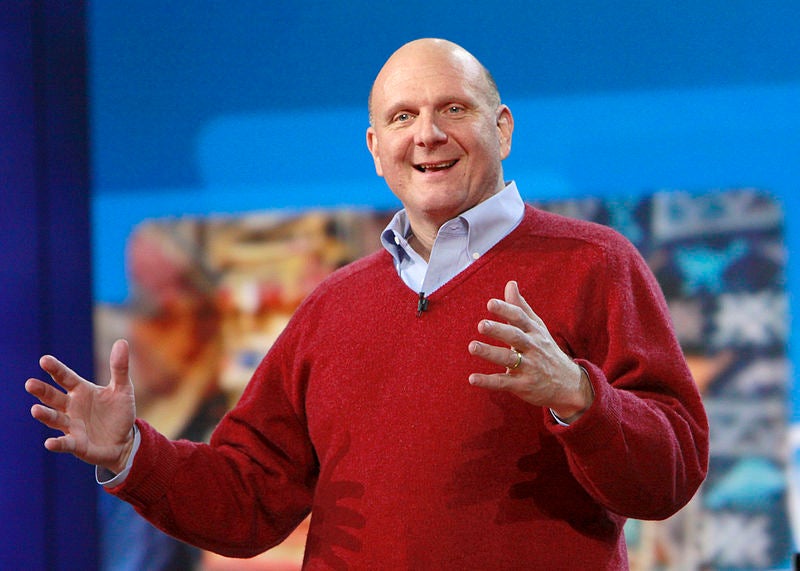 In a statement posted on Microsoft’s website this morning, Steve Ballmer, CEO since 2000, announced that he will retire within the next 12 months. Ballmer took over the reins of the company from founder Bill Gates, and has presided over some of its most momentous changes: the introduction of Xbox, the death of Windows Mobile and birth of Windows Phone, and the wildly successful launch of Windows XP and then the, um, less successful launches of Windows Vista, Windows 7, and Windows 8.

In the past 13 years, Microsoft has gone from the most dominant company in tech to merely being in the top tier, along with Apple, Google, and Amazon. Perhaps because of this, though Microsoft has, under Ballmer’s control, also released some amazing and successful products, Microsoft stocks jumped about 7 percent upon the announcement of his retirement.

Ballmer says he will stay on through the selection process of the new CEO, but that it will take less than a year. You can read Microsoft’s statement here.