One day, they could be used to monitor soil. Or your inner organs. 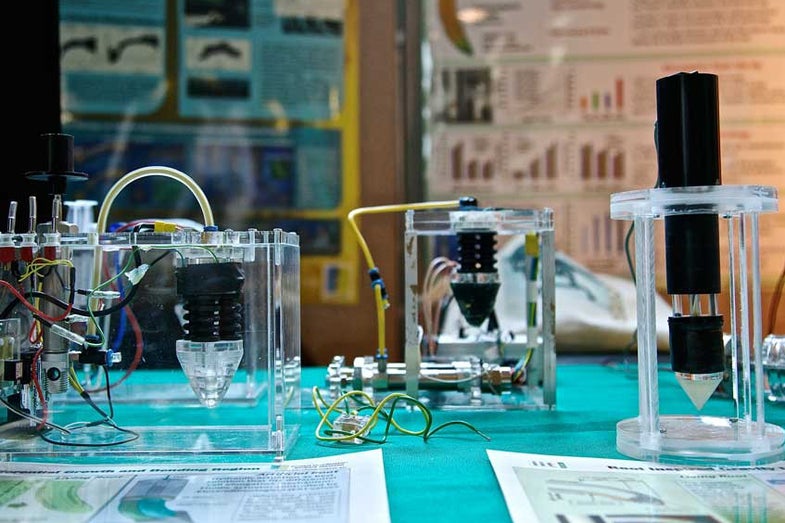 This robot is putting down roots. Recently at the Living Machines conference in London, researchers from the Italian Institute of Technology debuted a system of robotic roots that can grow and turn in response to stimuli in their environment, just like their live counterparts.

Called the Plantoid project, the prototype aims to mimic the way plants can penetrate and explore the soil with their roots.

Robotic roots could be used to monitor changes in the soil, with sensors to measure nitrate, pH, water, temperature, and even gravity. Creator Barbara Mazzolai says they could also be used as a medical device. “The ability to bend, grow at low pressure and with low friction while adapting to the surrounding environment could offer a new vision for medical tools,” she told New Scientist. Imagine vaguely tentacle shaped sensors growing inside you during surgery. Bleck! But also, awesome.