A New Type Of Motor Made From Gadget Guts

Engineers at CORE Outdoor Power developed a printed circuit board-based rotary motor that's as strong as a gas-powered one, but without the emissions and noise. 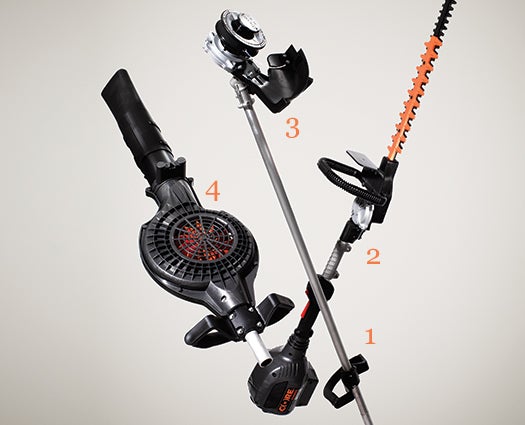 Since the 1950s, the brain of any electronic device has been a printed circuit board (PCB), a piece of substrate that contains all—or most—of a device’s electrical components, including wires, switches, and processors. Rather than using PCBs simply as a control center, engineers at Montana-based CORE Outdoor Power are using them as a power source. They’ve developed a PCB-based rotary motor that’s as strong as a gas-powered one, but without the emissions and noise.

The CORE motor consists of a circular multilayer PCB sandwiched between two ring-shaped magnets. Electricity from a lithium polymer battery passes through 10 layers of copper
conductors in the PCB. The current causes the magnets to spin, which then turns the motor.

CORE’s motor is built into the Power Lok yard-tool system. A battery-equipped base unit transfers power to swappable hedge-trimmer, string-trimmer, and blower heads, each with its own 0.5––1.5hp motor. The company says the technology is scalable; it’s already created motors that produce up to 4,000 hp—enough to run wind turbines, ventilation systems, and even oil pumps.