A home computer that transforms into a tabletop game center 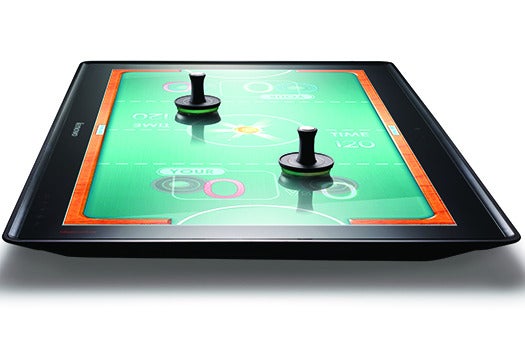 When Microsoft debuted the Surface tabletop computer in 2007, the company envisioned groups of people sitting around a giant screen, sharing videos and playing games. But the Surface and the second-generation Samsung SUR40 are hugely impractical—too large for the typical living room, and too expensive for the average consumer. The engineers at Lenovo circumvented this problem by modifying a full-featured all-in-one PC to convert into a Surface-like game table, called the IdeaCentre Horizon.

The base of the Horizon connects to a spring-supported hinge, which allows users to tilt the PC flat. When horizontal, the computer switches to Lenovo’s Aura touch interface, which can capture 10 points of contact at once. Through Aura, users can browse photos and video or play games. The Horizon comes with four joysticks and four game pieces, each with a conductive pad that interacts with the touchscreen. The system even includes an accelerometer-equipped die that communicates with the board over the 2.4 GHz frequency. Lenovo and videogame studios, including EA and Ubisoft, are already using the Aura developer kit to code touch versions of new and classic games, such as Monopoly and air hockey. Players will be able to download more as they’re published, eventually allowing the Horizon to replace both a computer and a closetful of games. 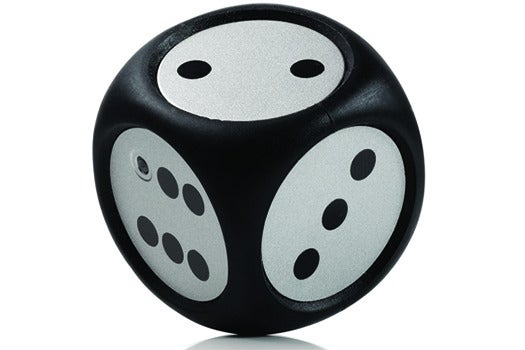