The Best Fitness Tracker Finally Gets An App

Now your phone can chastise you for sitting on your butt all day. Just what you always wanted! 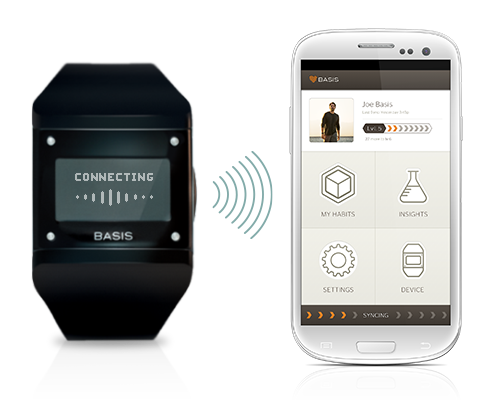 The Basis Band is our favorite fitness tracker, the only device that elevates the category beyond simply “here’s a graph of what you did.” It actually works with your life to suggest new ways to stay fit–actually analyzing data, not just presenting it. And this morning, Basis released the first smartphone app for the device.

The app, which is free (though useless to anyone without a Basis Band), is only available on Android at the moment. When I spoke to Basis at this year’s CES, I wasn’t sure why they focused on Android first–but now it makes sense, because it does a few things that only Android can do. 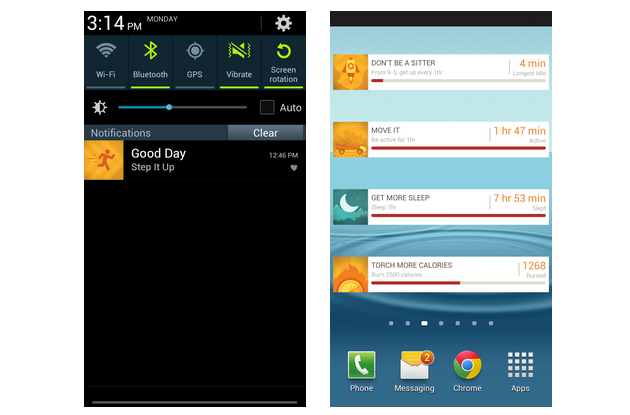 The new app gives notifications and updates on your “Healthy Habits,” small tasks like “get up and walk around” or “burn more calories today” or “get x hours of sleep per night.” It connects wirelessly with your Basis Band via Bluetooth, and sticks notifications in your Android notifications shade (the pull-down thing that tells you how many emails you haven’t read). There’s also a collection of homescreen widgets, something only Android can do–one for each Healthy Habit.

But my favorite part is the alerts. You can set the app to give you alerts when you’ve reached one of your weekly goals, or you can have it alert you if you’re in danger of missing it. That’s a key differentiator for Basis compared to other trackers like the Fitbit or Nike+ Fuelband: it isn’t all after-the-fact data. It actually predicts and helps you adjust to hit goals, rather than merely telling you if you messed up. Check out a video of how it works:

The app is available now, though only for a small collection of phones. Basis promises that that list will expand soon, and also that they’re hard at work on an iOS version.