The BikeSpike tracks your bike's location and lets you know if it's moved from its parking spot--or even if it's been tampered with. Only five hours left to fund it on Kickstarter. 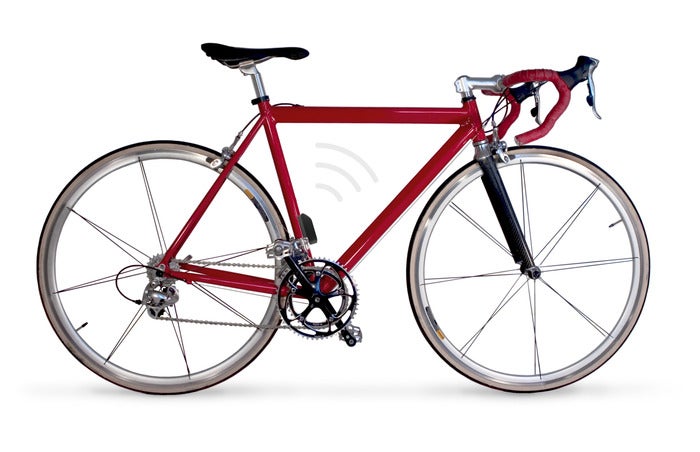 Bike theft is damnably common; most people don’t bother tracking their bikes, even the best locks are pretty easy to cut through, and the resale market is constantly booming. I myself have lost two bikes to thieves. A Kickstarter project called the BikeSpike could be a solution to this problem.

BikeSpike is constructed of most of the same sensors as a smartphone, including a cellular connection, an accelerometer, and a GPS chip. It’s a little box you clip onto the frame of your bike (cleverly, you can also get a water bottle holder that disguises the box, stopping clever thieves from just ripping the box off). You pay a monthly fee–either $7 or $13 per month, though if you fund the project on Kickstarter, you’ll get a discounted fee for life–and the BikeSpike will keep you up to date on the whereabouts of your bike. You can “lock” it, which just means you get an instant notification if the bike is moved from its parking spot. Handy!

So you can always see exactly where your bike is, but you can also see if anyone crashed into it–that’s thanks to the accelerometer, which can sense when some maniac cabdriver smashes into your legally-parked bike. You can also use it for various games and stat-tracking, though it seems most of that function will be up to developers to create later, through an open API.

There’s only a few hours left on the Kickstarter, and the project is still a few thousand dollars away from funding. But if you’re tuning up your bike now in preparation for a summer of riding, it seems like a good anti-theft solution–and it’s cheaper now than it will be later. Check out the project here.