You’re Playing Smartphone Games In The Bathroom, Aren’t You? [Infographic]

Some fun stats about mobile gaming. 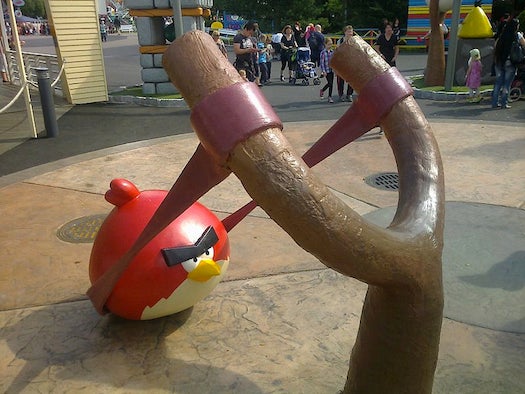 Mobile gaming is big because it’s just so darn convenient. You can play a round of something in bed, in transit, or–no judging here–in the bathroom, as 11 percent of mobile gamers apparently do, according to this infographic from SponsorPay (which works with game companies like Zynga and EA).

Some other interesting things gleaned from this: social gamers (i.e., those people you see popping up on your Facebook feed) and mobile gamers are pretty evenly divided across gender and age–17 percent of people playing social games are 65 or older. The vast majority of mobile gamers play daily. Monopoly Millionaires is apparently one of the top mobile games. Mobile phones just barely edge out PCs as the top gaming platform.

There’s a lot of time spent on these games, too: most mobile gamers play for more than an hour a day. Next we’d like to see a chart correlating that against national GDP. 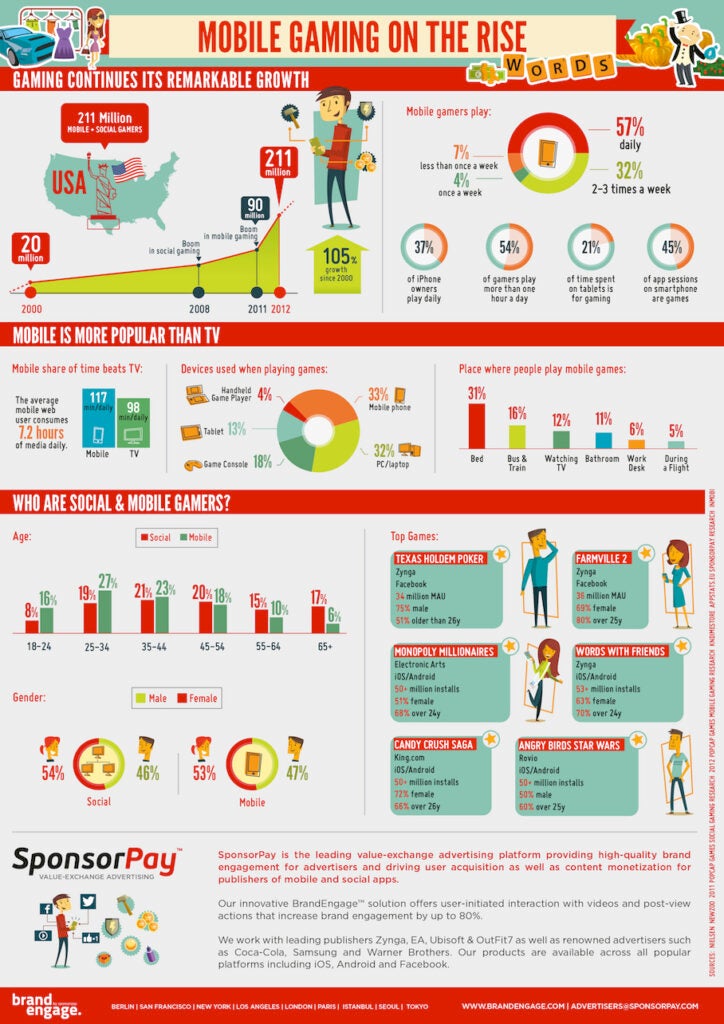 Mobile Gaming On The Rise