I repeatedly dried my hands with the best hand dryers in the world. By the end, my hands were very dry. 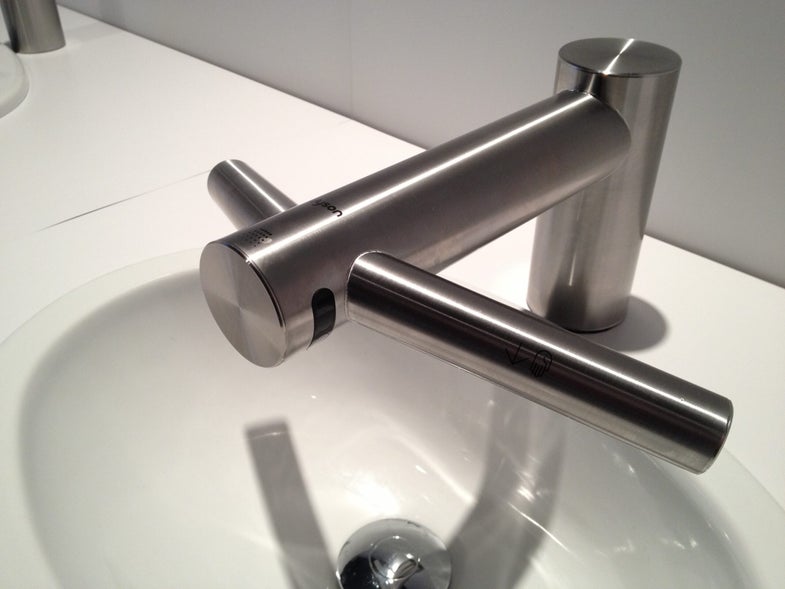 Last night in a venue so far on Manhattan’s West Side I believe it is technically in the Hudson River, Dyson, they of the weird space heaters and world-class vacuums, showed off their newest hand dryers. There are three of them, and all have a slightly different approach than typical hand dryers. Most hand dryers, says James Dyson, use a moderate amount of heat and hot air to attempt to evaporate the water off your hands. This can take time and often leaves your hands feeling sticky. 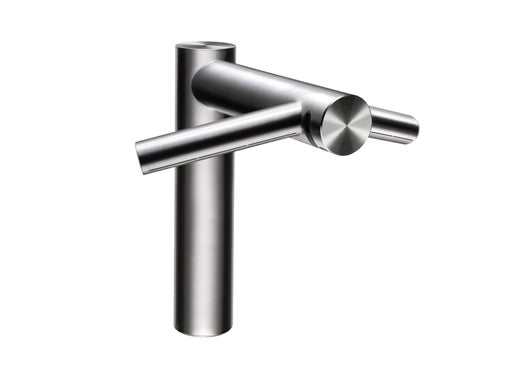 But the new Dyson products blast your hands with tons of air pressure to actually squeegee the water off them, rather than attempting to evaporate it. The first is the Airblade MK II, an evolution of last year’s Airblade–you stick your hands into hand-shaped holes in the top of the dryer and move them up and down to achieve that squeegee effect. The Airblade has been around for a little while, but Dyson has updated it with a new, super-powerful engine (so it’ll dry your hands faster) and a silencing system to keep the noise down. 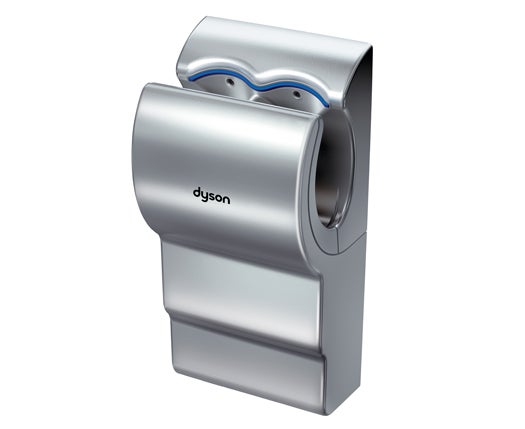 The newest dryer-only product is the Airblade V, which looks sort of like a napkin dispenser. It has an V-shaped vent at the bottom, so you can wave your hands at a comfortable angle.

But the biggest and most exciting product shown off yesterday (look, they’re hand dryers, you can’t expect WILD excitement) is the Airblade Tap. The Tap is a two-in-one system–both a faucet and a dryer, all in one nice-looking stainless steel setup. You wash your hands as usual, under the faucet, and then move them under the two steel tubes jutting out from the side of the faucet. The Tap’s sensors recognize that you would now like to dry your hands, and a 420 mph blast of hot air comes on to do just that. It also takes air in through a HEPA filter to clean it before your hands are blasted with dirty bathroom air. The motor required to do this is pretty intense; Dyson says it’s one of the world’s smallest 1400W motors, capable of going from 0 to 92,000 rpm in less than 0.7 seconds.

The two-in-one system isn’t just for looks; Dyson says this system makes for a much more efficient hand-washing experience. You don’t have to have two separate lines for washing and drying, and you don’t have to walk over to a dryer, dripping water from your hands the whole time. 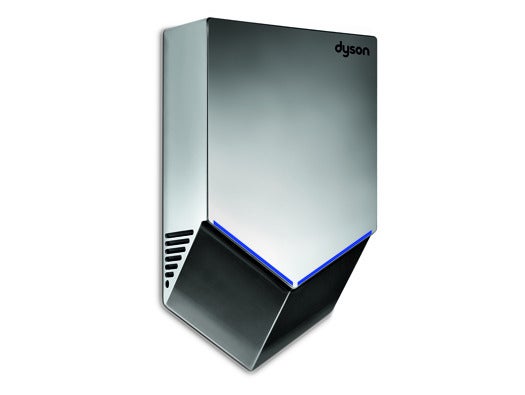 I found that the Tap, V, and MK II were all very nice hand dryers, definitely a superior hand-drying experience to a typical hand dryer. They work faster, and, according to Dyson, use significantly less energy (and have a smaller carbon footprint than) either traditional hand dryers or paper towels. But they’re not instantaneous; it still takes about 15 seconds to dry your hands, though the higher air pressure did seem to eliminate that sticky feeling. They’re also nicely quiet; James Dyson kept talking about the “Helmholtz silencers” inside all of these dryers, which did seem to tamp down that jet-engine blast noise.