Apple's patent for a crazy flexible-display smartwatch just leaked. Here's what it means and what it definitely doesn't mean. 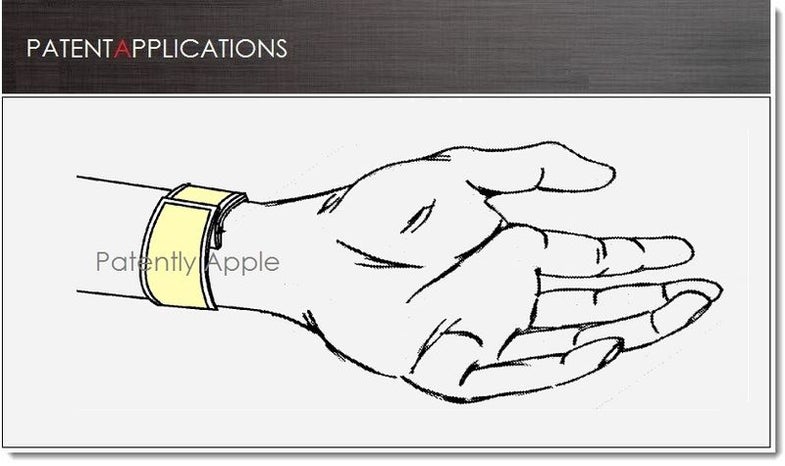 There’s been a lot of chatter about Apple creating a smartwatch–a wearable computer that syncs with a smartphone–on such publications as, um, this one, as of late. And now Patently Apple has snagged a recently filed patent from Apple which shows what seems to be exactly that: a wrist-mounted computer.

This does not, however, mean that Apple will come out with a product that looks anything like this. It doesn’t even necessarily mean that Apple is working on anything very much like this. It does mean Apple is thinking about something like this, but the chances that it’ll ever actually exist? Who knows. Brian Barrett over at Gizmodo has a good analysis of what a patent filing like this actually means: it means that Apple is covering its bases, giving itself legal protection for these ideas just in case the company does ever want to make anything like this. And that’s why the patent is so broad, applying as it does to even power sources as varied as solar and kinetic–Apple wants to protect itself as thoroughly as possible.

So! The patent is for a snap-band sort of bracelet, with a flexible screen that wraps all the way around the device. Flexible screens like that are a popular future-tech to work on, but they’re not actually that good just yet–they tend to be low-resolution, brittle, and quite expensive. Apple specifically names a few use cases, like displaying maps, or, interestingly, flashing lights, which could be of use to cyclists.

Anyway, it’s interesting to read, but definitely important to remember that this is not a preview for a product–it’s a legal document offering intellectual property protection. But if Apple was to release something like this, would you guys be interested?