But in a good way. 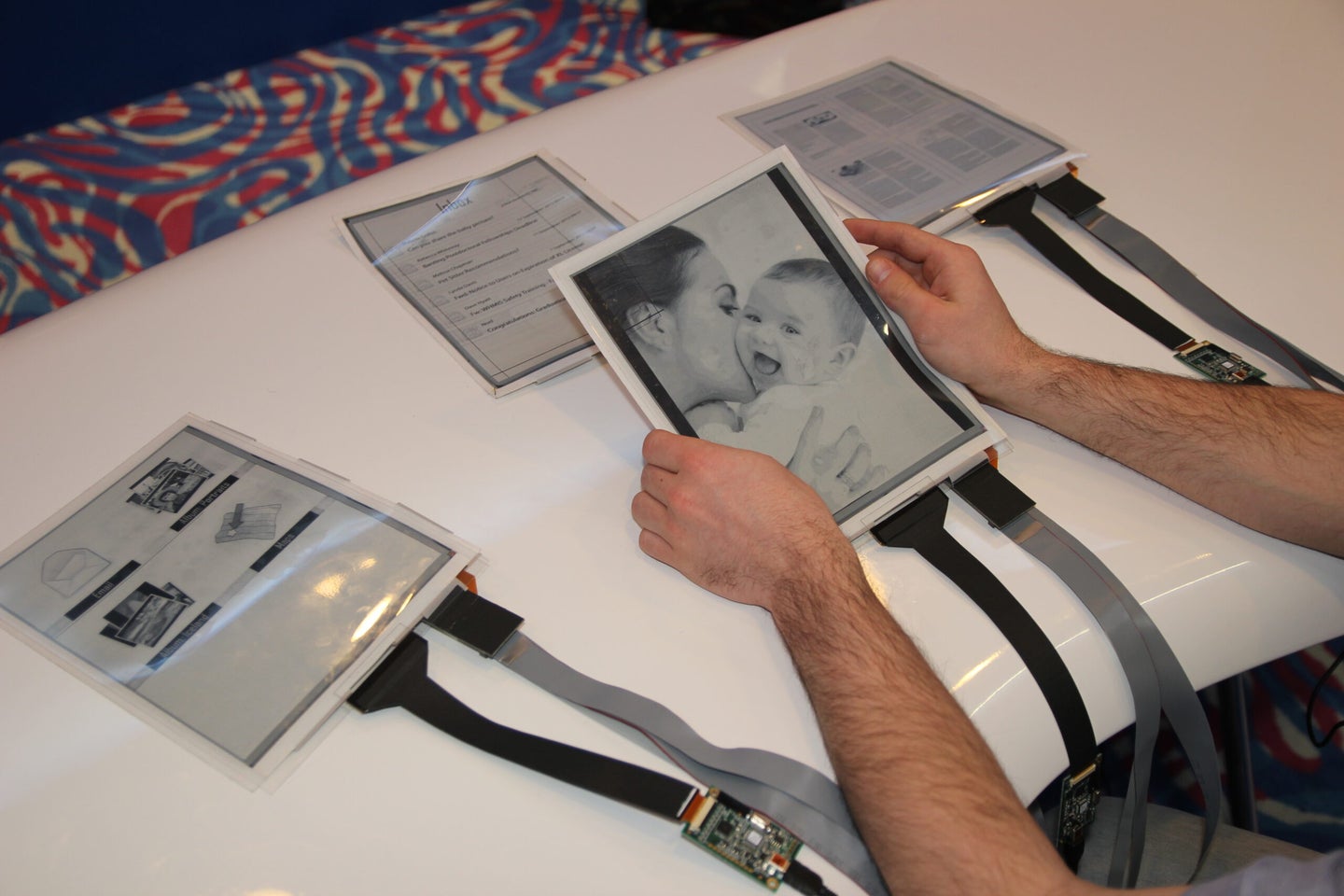 There’s a lot of consumer electronics news flooding out of CES in Las Vegas this week, but one of the more interesting technology stories we’re seeing is trickling out of Ontario, Canada, where Queen’s University researchers working with partners in the UK as well as at Intel Labs and Plastic Logic have developed a tablet computer that is both paper-thin and flexible. And while we’ve seen concept prototypes for flexible e-ink screens and the like previously, what’s most intriguing about the so-called PaperTab is the user interface.

The idea behind PaperTab isn’t to make your iPad flexible, but to rethink the way we use tablet computers–and to make them more like the actual pieces of paper we shuffle around our desks. Designed to work in clusters of up to ten tablets, the user can control various screens at once, with one or more PaperTabs for each app in use. So you can have several documents or apps running at once and work across several PaperTabs to execute tasks while moving things around between them. You can use several together to make a larger PaperTab display, or shuffle them around like you would actual paper documents. Touch two PaperTabs together and you can swap data between them (this is all far better explained in the video below).

Rather than relying on buttons or swipe gestures, PaperTabs respond to the flexing of the actual screen in certain ways–bend the right side of the display to page forward and the left side to page backward, for instance. And while it feels like this might be easier to master in theory than in practice, the folks in the video demo make it look pretty simple. But the point is, PaperTabs create a really interesting workflow–something like taking the various windows on your PC desktop and breaking them out on your physical desktop while retaining the ability to quickly move data and programs around from page to page. Figure out how to untether these things from those unsightly cords (they’ll need a paper-thin, flexible battery) and this Queen’s U. team might be onto something here–if not a consumer product just yet, at least a very cool interface idea.