Bright Ideas: DIY Stage Lights From The 1930s And Today 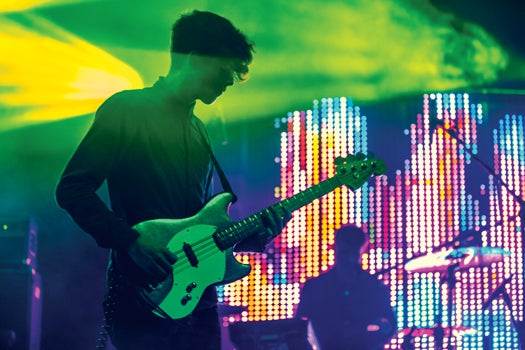 When the electronica band Starf–ker needed a portable video display, it turned to Hans Lindauer and Alex Norman, two members of a Portland, Oregon–based hacking community called DorkbotPDX. The duo designed an 80-pound, 8-by-13-foot LED wall that displays the band’s trippy-looking videos from an iPod. Lindauer built translucent scaffolding out of plastic greenhouse panels and tucked strings of red-green-blue LEDs inside; Norman wrote software to translate incoming video signals for the collapsible wall. Built in three months for $8,000, the wall performed flawlessly during a pretour stage performance at Musicfest NW in Portland, where Lindauer and Norman set it up in 20 minutes and tore it down in three. 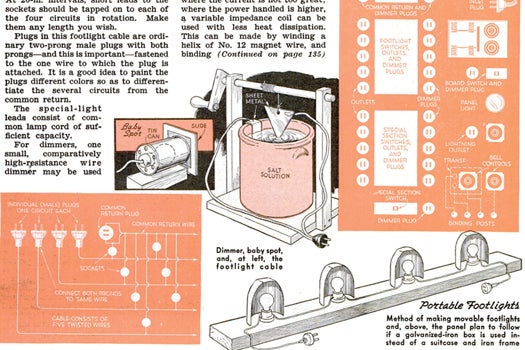 In 1937, PopSci published instructions to build a lightweight stage-lighting kit. The plans included a $10 ($161 today) switchboard-in-a-suitcase, a tin-can spotlight, compact footlights, and a dimmer made from running electricity through a bucket of saltwater. Some kit builders lived to share their glowing reviews: “The switchboard has been used very successfully by Wesley Players, an amateur dramatics society conducted by students at the universities of Wisconsin and Purdue.”