Unless the person you're shopping for has obsessive tendencies, fitness trackers won't help him or her get into shape. 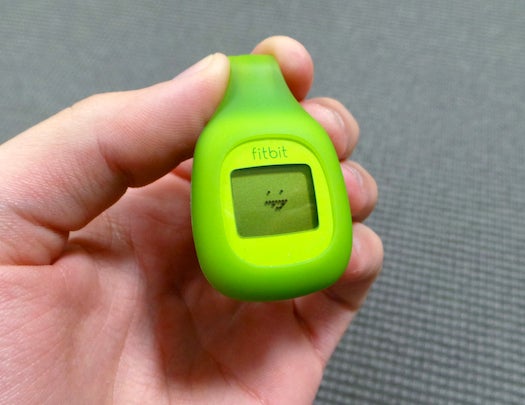 Fitness trackers, little pedometer-type things that purport to measure your activity and help you get into shape, are on about a billion gift guides this year. But maybe they shouldn’t be. Here are the two most pressing reasons not to buy someone a fitness tracker like a Fitbit, Nike+ Fuelband, or Jawbone Up as a gift.

1. It implies your giftees are fat. And maybe they are but if you feel like that’s something they should know you should probably not use a pedometer as a messenger. Be nice!

2. 99% of people won’t use it. And this is the more pressing reason–it’s not that they’re bad products, exactly, it’s just that fitness trackers have positioned themselves as gadgets for the masses, a futuristic way to get in shape. And they’re not! They are helpful tools for a very particular type of person, and you know maaaaaybe one of that type of person, and that person probably already has one of these.

I’ve been using both of the new Fitbit products for a few weeks now. I am in awful shape, an overripe chimera of laziness and injury and sedentary job and also laziness, and I thought “hey, I bet this’ll help motivate me to get into shape!” It did not, and that’s only partly due to the execution of the product. The Fitbit One, which just about every reviewing publication ranks as the best or one of the best fitness trackers out there, is fine. It’s tiny and well-designed, it can track your steps, it syncs with an app on your phone, it tracks your sleep patterns. All of that stuff together can be very helpful for monitoring your health, but I suspect very few people will actually see the benefit.

That’s because fitness trackers are dumb. I don’t mean dumb as in “bad,” I mean dumb in the same way that an old flip-phone is dumber than a smartphone. It just can’t do very much on its own. Here’s one (unusually active) day of using the Fitbit. 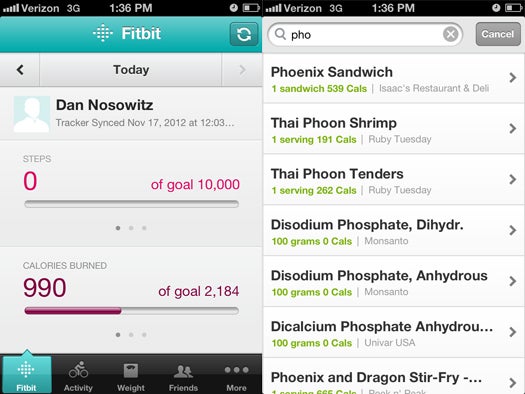 I had pho for lunch today. Pho is not listed, although anhyrdrous disodium phosphate is. Weird.

From all of that, I saw how many calories I burned, how far I walked, how many flights of stairs I climbed, how many calories I took in. I could see graphs over time, comparing my activity day by day, week by week, month by month. All of that is cool! But I am not an obsessive type, and I lost interest in spending literally hours per day with the Fitbit app after about two days.

This isn’t exclusive to Fitbit; all of the major fitness trackers (Fitbit, Nike+ Fuelband, Jawbone Up) have their own quirks and pros and cons–the Fuelband and Jawbone Up, as wristbands, don’t have the problem of having to remember to bring it with you, though they don’t track your food intake–but they mostly work the same way. They’re glorified pedometers with added fitness tracking software. To really get the most out of these gadgets, you have to be kind of obsessive. Just using them casually gets you very little of value; for a few days, it’s cool to see how many steps you take, and I did take the stairs rather than the escalator to get more “points,” but I very quickly tired of it. They just don’t give enough information because they can’t extract enough data, and they can’t be encouraging because they don’t analyze the data they get. 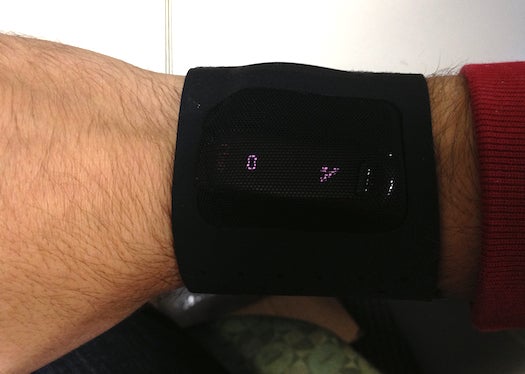 You stick the Fitbit One in a wristband when you go to bed.

I still think there’s a place for fitness trackers. The Basis Band, for example, is one step closer to being actually helpful for two main reasons. First: it can measure your heart rate, unlike any of the other trackers I mentioned. Second: it uses that data to recommend new exercises–instead of just giving you a chart, it’ll advise that you walk around the office for ten minutes. That’s much more helpful to the vast majority of people who don’t like looking at charts all day.

Fitness trackers can only really be helpful when they get smart. Data is great, but for most people, it’s not enough to just gather data and present it. You have to analyze it, figure out what it means and how to use it. The dream of a fitness tracker is pretty much like a fitness-centric version of Google Now: it needs to take in your data and then figure out what you actually want to know. That’s the next generation of this data tech–it’s not about the data, it’s about the conclusions. What we want is a fitness tracker that suggests, that figures out your lifestyle and then gives you advice, that actually helps you get into shape rather than just telling you exactly how out of shape you are. Hopefully the next generation of fitness trackers go in that direction. But for now, don’t bother with a pedometer.