Microsoft Surface Will Start At $500

You'll get more for your money than you would with an iPad, though. 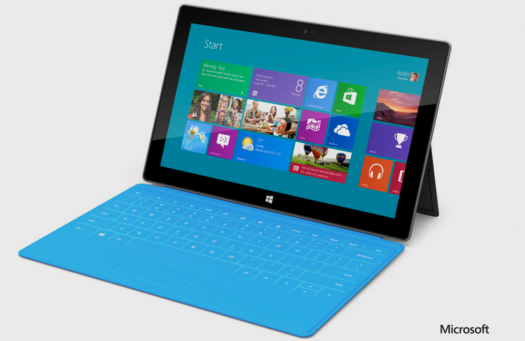 Microsoft’s Surface–the company’s first in-house Windows 8 computer, or tablet, or whatever it is, goes up for pre-order today. This is a gadget you should care about! It’s designed to be a do-everything device–you can use it like a tablet, with superfast touch gestures and apps and stuff, or like a computer, with a keyboard and a full web browser and Flash and Microsoft Office and stuff. It’s also startlingly beautiful; Microsoft is much better at making hardware than most people realize, but this is their crowning achievement. (Our friend Sam Biddle at Gizmodo gushed over it.) It looks awesome.

The base model is $500 for 32GB of storage–twice, Microsoft is eager to say, the amount of storage as the equivalent cheapest iPad. But, you almost certainly don’t want that one, which makes it a weird item to boast about. What you want is the next one up, which throws in the Touch Cover for another $100. (There’s also a 64GB + Touch Cover version, for $700.

The Touch Cover might be Microsoft’s best weapon; it looks sort of like the iPad’s Smart Cover (a little cloth-covered metallic flap that sticks onto the tablet with magnets) except it has a keyboard in it. Doesn’t sound like a big deal, but is. Everyone who’s used it is very impressed with it–Matt Buchanan at Buzzfeed FWD called it “kind of a magical little piece of technology.” It senses your fingers without the need for force feedback, meaning it can tell when you’re typing and when you’re just resting your hands on the keyboard. Typing on an iPad is adequate at best–this might be great. It’ll cost $130 extra if you opt not to buy it or want fancy colors.

The Surface goes on sale October 26th, but you can pre-order now, if you’re comfortable not waiting for our review.