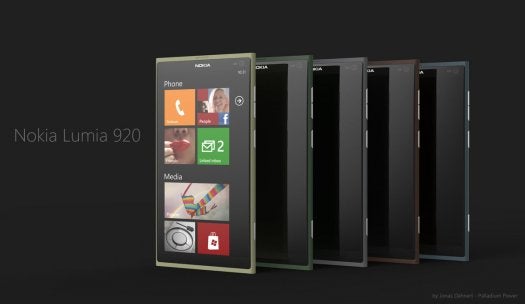 New flagship smartphones, if they’re good, and the just-announced Nokia Lumia 920 looks very good, are 95 percent boring stuff and 5 percent actually interesting stuff. The Lumia 920 has a giant (sigh) screen, fast LTE 4G, a better camera, a screen with an elaborate name full of symbols (PureView ClearBlack+*+ technology!), faster processor, a new version of its OS (the excellent and under-appreciated Windows Phone), all that kinda stuff. But that’s expected. What we get excited about is the _un_expected, and the Lumia 920 actually has some new (or new-ish) ideas. Here’s what got us excited at this morning’s announcement.

Wireless charging: Inductive charging has been around; there are some third-party mats you can buy for most Android and iOS phones, and of course the much-mourned Palm included it in the Palm Pre back in 2009, but it’s still not a standard. Why? No idea! Because it’s great! Plop a phone down on a magnetic strip or pad–or, in the case of the Lumia 920, a “pillow”–and it charges. No need for ports or cables. The Lumia 920 comes with the ability, while its cheaper sibling, the 820, will need an optional back plate.

NFC: We’ve been harping on NFC, or near-field communication, for years now (you can read a primer here, if you’re unfamiliar). But it’s only with the Samsung Galaxy S III and its simple, innovative TecTiles that we really saw how it might catch on, and Nokia seems to understand how potentially awesome NFC is. The Finnish company demonstrated NFC pairing and sharing–you can tap your phone on a pair of headphones or speakers to pair automatically, without messing around in Bluetooth settings. Or you can tap one phone to another to share photos. And NFC is just getting started–eventually, it’ll replace our wallets, and the Lumia 920 will be prepared.

Cold-weather friendly: We’re not sure exactly how it works, but the Lumia 920’s screen has some kind of dual touch functionality that allows you to use it with gloves. Modern smartphones use capacitive screens, which rely on the tiny electrical stimulus from the human body to work. It’s super accurate and allows for multitouch, but gloves block that electrical shock. Nokia demonstrated using a Lumia 920 on stage with giant, comical Arctic mittens, and it worked. So cool.

Nice-weather friendly: The screen automatically adjusts for sunlight. Not just brightness, which most phones can handle now–it actually adjusts the color spectrum as well.

Curved screen: I actually preferred the Lumia 800 to the bigger, faster Lumia 900, mostly because of its aesthetics, and a large part of that was the curved screen. On a black phone, the screen seems to melt around the corners of the device. It looks awesome, and it’s back (in enlarged form) with the Lumia 920.

GIFs: There’s a Nokia-made cinemagraph app. Not sure what a cinemagraph is? Here’s an example, both of what it is and why we want the ability to make one at a moment’s notice.